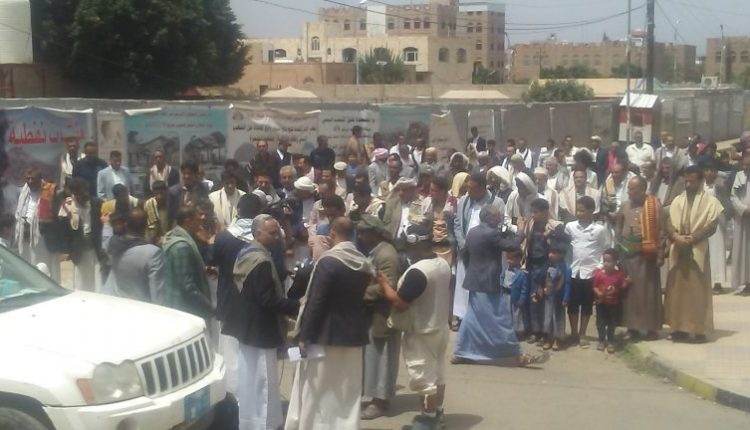 Yemen Petroleum Company employees continued to protest in front of the United Nations Office in the capital Sana’a for the 23rd Friday, titled “Continued seizing of oil vessels is a shame on UN”.

The protestors denounced the siege on ports and airports. The statements hold the United Nation full responsibility of the disaster that will befall the Yemeni People as a result of the continued detention of oil derivatives ships and delaying their arrival at Hodeidah port.

They renewed their demand to lift the siege imposed on Sana’a Airpor, Hodeidah port, the port of Salif and Ras Issa to oil, pharmaceutical and food vessels.

The participants condemned the silence and lack of response of the United Nations to their legitimate demands, despite the continuation of the protest up to 161 days.