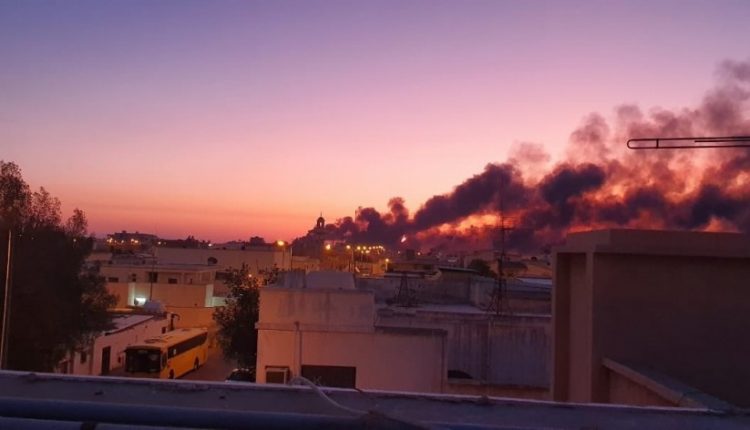 Saudi Arabia is pressuring wealthy families to invest in the initial public offering (IPO) of Aramco after suffering substantial damage from a major Yemeni drone attack, according to the London-based international business daily The Financial Times.

Many of the targeted families were already being pursued as part of a so-called “anti-corruption” crackdown launched in 2017, when Saudi royal family were imprisoned in the Ritz Carlton hotel, some of which were tortured.

Mohammed Ali al-Houthi, chairman of the Supreme Revolutionary Committee of Yemen, has said that Yemen would strive to counter aggression on “all levels” and that it was time “to ward off the enemy,” Yemen’s Arabic-language al-Masirah television network reported.

Al-Houthi also slammed countries participating in the war on Yemen, adding that if they “were seeking the freedom of the Yemeni nation, they wouldn’t seek to partition [the country] and kill [the people].”

The Saudi-led coalition ,for its part, launched a military operation against the Yemeni port city of Hudaydah in violation of a 2018 UN-brokered ceasefire agreement.

In a statement, the Houthi movement warned Saudi Arabia against a dangerous escalation of the situation around Hudaydah. The offensive threatens a UN-brokered ceasefire accord in the Red Sea port, Houthi spokesman Mohammed Abdul-Salam said.

Ansarullah has repeatedly warned Riyadh that the continuation of aerial attacks on Yemeni people would draw a harsh response, which would go beyond the Saturday drone attacks.

A political commentator says the United States’ move to falsely blame Iran for the recent attacks on Saudi Arabian oil facilities is in line with Washington’s policy of containing Iranian power and influence.

Michael Springmann, a Washington-based author and former US diplomat in Saudi Arabia “American policy, Saudi policy, and Israeli policy is simply to stop, block, ruin, or wreck the economy and political influence of Iran. They feel that they can get away with this [recent episode] because they probably have the means of communication in the West [to do so],.

Abdul Malik al-Ajri, a member of the political bureau of Ansarullah, revealed that the United States and Saudi Arabia were quick to accuse Iran of carrying out the attack on the Abqaiq and Khurais oil refineries in eastern Saudi Arabia. He said in his tweet on Wednesday night that the goal of the rush to accuse Iran of attack is to remove any affiliation of the attacks to their aggression on Yemen so as not to turn into a pressure on them to stop it.

Armed Forces spokesman, Brigadier-General Yahya Sere’e, released on Wednesday at a press conference new details explaining that this operation is a good example of the capabilities reached by the Armed Forces in both levels of planning and implementation. He pointed out that these drones are powered by jet and normal engines, starting from three basic points by range and route and from different destinations according to the target location. The first point from which a 3rd-generation Qasif drones, set off which reach far ranges, has been used. The second point where Sammad 3 drones were launched, which has a range between 1500 – 1700 kilometers. He pointed out that these aircraft have fission heads carrying four precision bombs and all kinds can hide and maneuver and can hit the target from several angles.