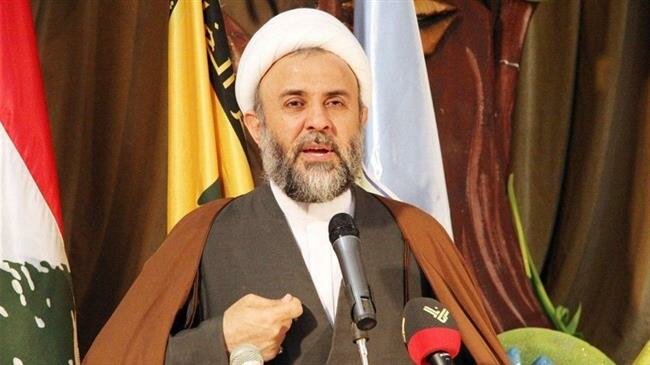 A senior official from the Lebanese resistance movement of Hezbollah says Yemen’s military strike against Saudi Aramco’s oil processing plants has changed regional equations against the United States and its allies.

Sheikh Nabil Qaouq, the deputy chairman of Hezbollah’s Executive Council, made the remark on Sunday, more than a week after Yemen’s Houthi Ansarullah fighters conducted strikes on two of Saudi Arabia’s oil facilities, in Abqaiq and Khurais.

The attacks led to a halt in about 50 percent of the Arab kingdom’s crude and gas production, causing a surge in oil prices.

Qaouq added that the operation against the Saudi oil facilities had ushered in a new era in the region, which he said was not favorable to the US and its regional client states.

“Saudi Arabia is in despair, because it has spent hundreds of billions of dollars to purchase weapons and gain US support, but all to no avail,” he said, adding, “The US administration is now embarrassed and distraught.”

Qaouq said the Israeli regime was also alarmed by the “severity and accuracy” of the strikes against Aramco and was fearing similar strikes on Israeli targets.

“The US axis in the region is retreating now as it admits its defeats in Iraq, Yemen, Syria, the besieged Gaza Strip, and Lebanon, and also against Iran,” the Hezbollah official said, adding that the US and its allies “receive new defeats every day, while the axis of resistance continues to add to its achievements and victories.”

Yemeni forces regularly target positions inside Saudi Arabia in retaliation for a Saudi-led war on Yemen, which began in March 2015 in an attempt to reinstall a former regime.

The US-based Armed Conflict Location and Event Data Project (ACLED), a nonprofit conflict-research organization, estimates that the war has claimed more than 91,000 lives over the past four and a half years.

Elsewhere in his remarks, Qaouq said that as long as the Saudi regime relied on the US, there would be more defeats for it, adding that Saudi Arabia was bogged down in Yemen and “is sinking more and more.”

“If the Saudi regime stays longer in Yemen, it will be humiliated. And if it pulls its forces out of Yemen, there will be a heavy defeat for Saudi Crown Prince Mohammed bin Salman, the Saudi army, and the Arab kingdom’s status in the region,” the Hezbollah official said.