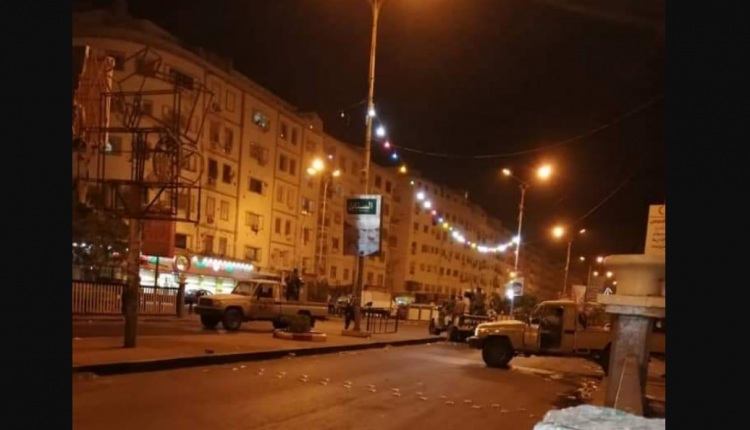 Points of views of UAE’s crimes in southern Yemen

Source of Al-Mayadeen TV revealed that the UAE is continuing to equip a new battle on the front of Taiz to mobilize troops and transport weapons, noting that the arrival of an Emirati vessel was monitored at the oil port in the Aden facility.

Al-Mayadeen TV reported that the Emirati vessel emptied 100 armored vehicles, military vehicles and various ammunition, while the UAE forces established a new port for warships behind Al-Tun factory in Al-Makha city. Exclusive scenes at the end of September showing the arrival of three merchant ships loaded with dozens of armored vehicles and more than a thousand mercenaries trained in one of the UAE camps in Djibouti.

On Thursday night, Mohamed al-Bukhiti warned that the UAE will not be targeted if it escalates its attacks, noting that it won’t bear the attacks.

Pelosi called the response “the latest outrageous attempt by the Trump Administration to circumvent the bipartisan, bicameral will of Congress,” adding in a statement Saturday that “These unacceptable actions are cause for alarm.”

A human rights group has documented dozens of cases of gross violations against children’s rights in Bahrain during the first half of this year alone, as the ruling Al Khalifa regime relentlessly continues with a crackdown on pro-democracy campaigners in the country.

The Persian Gulf Institute for Democracy and Human Rights said in a recent report that at least 30 children had been arbitrarily arrested in Bahrain between January and May 2019.

The head of the UN team of experts charged with investigating war crimes in Yemen said that the Saudi coalition, the United Arab Emirates and Hadi government declined to answer their inquiries about crimes in Yemen.

“Sanaa authorities responded positively to us, but the coalition prevented the team from reaching the de facto authorities’ control,” he said.

“The UAE’s legitimacy in Yemen is the implementation of Security Council Resolution 2216, which calls for the return of the so-called legitimate government and the preservation of the unity of Yemen,” fomer US ambassador, Gerald Verstein said, in a tweet.

The US diplomat pointed out that the issue of government in Yemen or secession is decided by the Yemenis themselves, not the UAE. “Any work of the UAE in Yemen outside 2216 is illegal,” he added.

An independent human rights group says it documented 6,978 cases of grave human rights violations committed by militiamen backed by the United Arab Emirates (UAE) against civilians in the southern Yemeni provinces of Aden, Abyan and Shabwah during the month of August.

The Yemeni American Observatory for the Protection of Human Rights said in a statement that its field teams had recorded the murder of 48 civilians, including six women and eight children, between August 2 and 30.