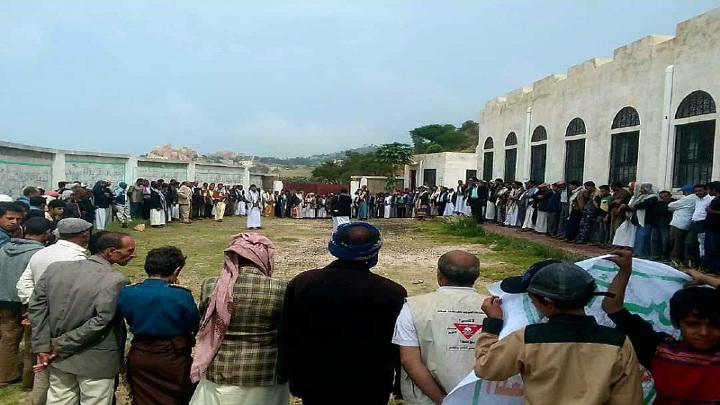 The Yemeni People organized a number of protests in several governorates, condemning the US-Saudi aggression for the continued detention of oil tankers. The aggression has prevented ships from unloading their cargo in Hodeidah port for a couple of months.

In Sa’ada, people of the governorate organized a protest to condemn the continued detention of ships, by the coalition of aggression, carrying oil derivatives and medicines. They also condemned the United Nations’ careless attitude towards this crime. “The detention of oil and food vessels is a crime and a stain on humanity,” the protesters explained.

In Amran, the Health and Population Office of Raidah organized a protest to condemn the continuation of detaining oil derivatives tankers. The statement condemned the arbitrary actions of the aggression coalition in detaining oil and food vessels and depriving the Yemeni People of their legitimate and guaranteed rights.

In Al-Mahweet popular protests were organized to condemn the detaining of the oil tankers and preventing them to enter Hodeidah, by the coalition of aggression.

The coalition of aggression and its mercenaries continue to detain nine other oil tankers with more than 39,000 tons of gasoline and 123,000 tons of diesel.