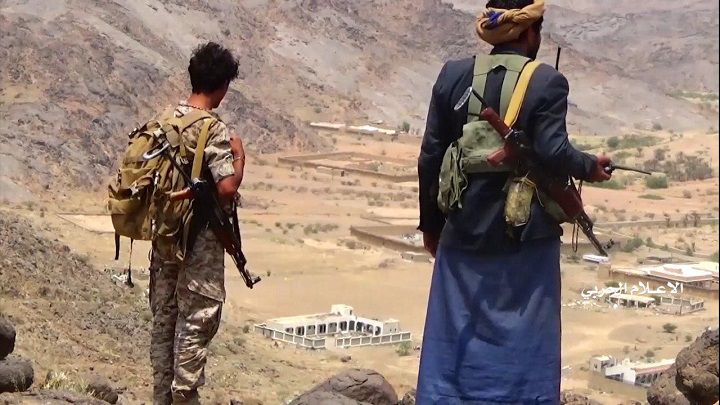 Consequences of the Military Operation in Najran Axis, How Strategic?

With the accumulation of successive strategic victories, achieved by the Yemeni Army and Popular Committees in the scene of confrontation and fighting against the forces and mercenaries of the US-Saudi aggression coalition, the Yemeni military culminates these victories by the Victory from Allah operation in Najran axis. It confused the situation and imposed a new course in the content of the Yemeni defense strategy. It launched one of the strongest field strikes in the strategies and plans of the Saudi enemy on the border.

The military operation carried many amazing connotations and facts that have an important geo-strategic dimension in the balance of power and the map of clashes. The operation is so large and extensive that it makes it the largest military operations of the nature of the incursion by the Army forces and committees since the beginning of the war and the most complex at the level of operational and military planning and equipment and the enormous repercussions of the Saudi army and its mercenaries in the front of Najran, which cost them the fall of three brigades with full military equipment. For more details, we would like to review some of the most important dimensions and implications of the operation and its strategic and military scope.

The military operation was a major lure (strategic ambush) on 3 brigades of the Saudi army forces and mercenaries that tried to penetrate from the border of Najran to the depth of the province of Sa’ada, specifically Ketaf district. The operation’s path came within a precise and timed operational program and organized stages of preparation by the Army and Popular Committees. The plan ended with the implementation of the tight lure of these brigades and dragged them to death area, militarily destroyed and crushed them. Army units and Popular Committees provided a high level of combat performance, intelligent tactical and orderly and manage the operation in an integrated coordination between the various Rocketry and Artillery Units and the Air Force that eventually led to the destroying of all 3 brigades and capturing thousands of mercenaries, which according to some sources reached more than 2000 prisoners, and killing and injuring hundreds of them. Hundreds of armored and military vehicles were seized, and nearly 500 square kilometers of land under their control were liberated.

The operation has dealt a severe blow to the Saudi army and its mercenaries on the ground, losing the strategic and moral balance as well as the field initiative. It also blocked the Saudi regime’s plan to achieve the desired penetration deep into Sa’ada province from the Ketaf district to exert pressure on the Army and Committees stationed deep inside the Najran sector. At the same time, this operation has achieved a turning point for the Army and Popular Committees, gained them the element of initiative, opened the way for them to move comfortably towards the depth of Najran and expand the circle of effective control over large areas of important geography and strategic sites.

Finally, what must be said that this qualitative process in all its dimensions and its consequences is unprecedented in conventional and modern wars can not be explained only that God’s care and support for the Yemeni fighter exist and present at all levels is like a miracle.

Riyadh Deal Not to Sooth Crisis in Yemen