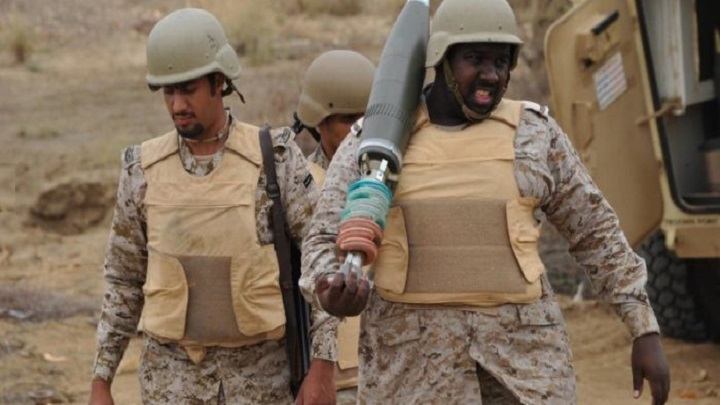 Yemenis fear the return of Saudi Arabia from the revival of historical ambitions in the Yemeni province of Hadramout, and the latest agreement between the Kingdom’s agents, represented in the government of Abdu-Rabbo Mansour Hadi, and the agents of the United Arab Emirates, represented by the Transitional Council, to hand over the province to Saudi Arabia and make these ambitions a threat, for many civilization and Yemenis. In the past few days, Saudi Arabia has re-established its military position in the city of Aden. Saudi Arabia took over the headquarters of the coalition in the city and the airport, and a number of sites and institutions where there were UAE forces four years ago. Saudi troops, backed by Sudanese, were sent to the military base of al-Anad in Lahj province.

Beyond the concentration of Saudi Arabia in Aden, Abyan, al-Dhalae ‘and Lahj, further objectives relate to the free deployment of its forces in the Wadi Hadramout desert on the one hand, and the complete control of Al-Mahrah governorate militarily to carry out one of its most prominent expansion objectives in eastern Yemen.

For the past 60 years, Riyadh has tried to exploit the internal wars in Yemen to achieve its expansionist ambitions in Hadramout, which is characterized by a wide area equal to one third of the country and is linked to Riyadh by a long border strip extending from Alkhrakhir to Sharorah in Najran.

Over the past two decades, Saudi Arabia has been able to penetrate deep into Yemeni territory in Hadramout, taking advantage of the internal wars and political turmoil that Yemen has experienced to expand along the border, and swallowing tens of kilometers on the border with Hadhramaut.

During the period 2008-2015, Saudi Arabia also took advantage of many actions that escalated within the province, such as the spread of Al Qaeda and the rise of drug trafficking. These actions are believed by many Yemenis to stand behind the Saudi agencies, especially since Al-Qaeda has carried out acts of sabotage that do not appear to be indiscriminate.

During that period, one of the elders of the desert of Hadramaut was killed by a security agent, which Saudi Arabia exploited to find militias loyal to it under the name of “coalition forces of Hadramaut” and even harassed the oil companies in the province.

Since the beginning of the aggression against Yemen, Riyadh has been keen to keep Hadramout, the valley and the desert, away from the conflict, recognizing that the forces there are loyal to it, and that there is no difficulty for them to deploy any military forces there, unlike the Al-Mahrah which rejects that presence and describes the occupation.

In the widening of the Southern Transitional Council’s moves and its promise to control the valley and the desert, Saudi Arabia pushed huge military forces earlier this year to the city of Sayun, the capital of Wadi Hadramout, under the pretext of protecting the sessions of the House of Representatives loyal to legitimacy (the government of outgoing President Abed Rabbo Mansour Hadi). Despite the withdrawal of many of these forces, they kept dozens of them in the first military area in the city.

In the 1960s, Saudi Arabia attempted to occupy the provinces of Hadramout and Al-Mahrah under a British-sponsored agreement on May 3, 1965, signed between the representative of the Saudi government and the representative of the Sultanate in southern. At the request of the Kingdom to seek the establishment of the Eastern Union between each of Al-Satant, Alkotiiah and many Al-Mahrah, in return for the British government to grant the Eastern Union immediate independence.

Today, Saudi Arabia is trying to return to the realization of these old expansionist ambitions under the Jeddah agreement, which was recently sponsored by Riyadh between the Hadi government and the pro-Emirati Transitional Council, which gives Riyadh the right to fully intervene in these provinces in terms of security and military.

The document, which was signed by some 60 sheikhs from Hadramout, most of whom have been living in Saudi Arabia for many years, provoked angry reactions among the sons of Hadramaut, revealing the existence of other potential projects, such as the establishment of the State of Hadramout and its annexation to the Gulf states.

The Saudi-Emirati alliance in Yemen announced the transfer of its militia leadership from the UAE forces to Saudi Arabia. “Coalition forces have been relocated in Aden to be led by Saudi Arabia and redeployed according to the requirements of current operations,” a coalition statement said. This means officially announcing the UAE’s withdrawal from Aden, at least as a key player, this comes after the agreement between the government of Abdu_Rabbo Mansour Hadi and the “Southern Transitional Council” to resolve the crisis between the parties and the sharing of influence under the auspices of the Kingdom.

In parallel, the UAE Minister of State for Foreign Affairs, Anwar Gargash, welcomed the withdrawal of his country, considering it a positive development in favor of stability, unifying priorities and mobilizing efforts. Gargash said in a tweet on Twitter, “proud of the victories of our troops in the coalition efforts, and the UAE continues to work with the Kingdom for a better future for Yemen and its people.”

The Yemeni Expats in New York Celebrate the Great Prophet’s…

Oct. 29: An Update of the Saudi Crimes, Violations in Yemen