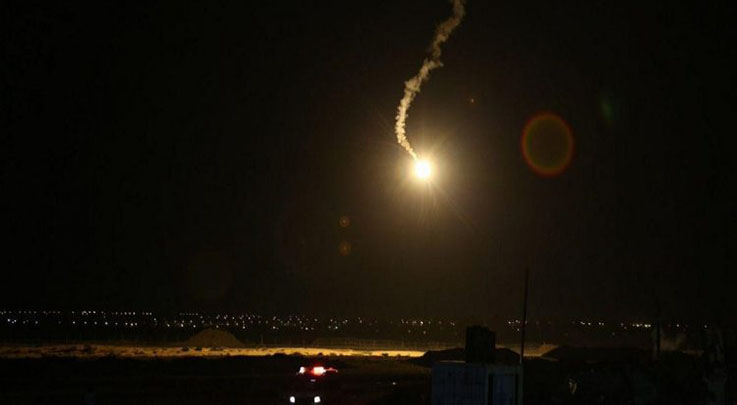 The warplanes of the Saudi-led coalition, Friday evening, hovered over the Saudi-occupied city of Aden, in southern Yemen, dropping light bombs.

Local residents reported that jets flew at low altitudes and dropped light grenades that caused great panic among the people. Warplanes and light bombs coincide with the great military alert for the Transitional militias in Aden and Abyan after military build-up of the Hadi and Islah militias moved towards the districts of the occupied Abyan governorate.

In response to these bombs that were launched and the flying jets, a statement of one of the brigades fighting with the Transitional Council said that “we will not retreat, we will not budge, and their planes will not scare us.”

The militias of the so-called Southern Resistance and the Transitional Council’s security belts have threatened to storm the Al-Maaseq Palace in Aden to arrest Hadi government ministers, fighting any force attempting to intercept them, in reference to Saudi forces.

54 Deaths under Fifteen Died of Cholera and Diphtheria in Ibb

Human Rights Center: Over a Hundred Civilians were Killed and Injured in November