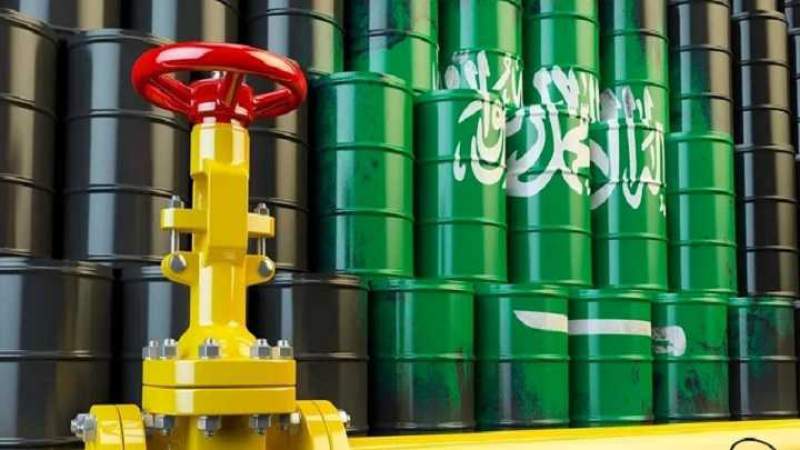 The net financial assets of the six Gulf countries have fallen by about half a trillion dollars, according to a study conducted by the International Monetary Fund last month.

Even if the peak demand for oil is not reached by 2040, the remaining two trillions could be depleted by 2034.

David Fckling, a columnist for the US economist “Bloomberg”, wrote an analysis on the site in which he saw that for much of the world, oil wealth is a curse. According to the writer, oil was a blessing for the Arab Gulf states, a blessing for state-building, saying: “the oil discoveries in the mid-twentieth century turned a chaotic and extremely poor region into one of the richest places on the planet. Qatar, Kuwait and the United Arab Emirates are richer than Switzerland. Even Saudi Arabia, Bahrain and Oman are on a par with Japan or the UK.”

Currently, the six Gulf states will join Russia to open faucets to flood the crude oil market and drive out the more expensive producers in reference to US shale oil. While the planned daily increase from Saudi Arabia, 2.5 million barrels, is by far the largest wave of this tsunami, its neighbors, in turn, are not retreating.

The author believes that this increase in supply is not due to geopolitics, but rather is a mathematical result of the low oil price. With fewer dollars reaching Gulf states per barrel of crude oil, they will need to pump more oil to maintain revenues that match current revenues.

The economic analyst explained that the problem, as he wrote last week, is facing its economies, which need a much higher price in order to balance their budgets and support the currencies linked to the dollar. Central banks in the region and sovereign wealth funds have raised huge amounts of money to be used in such a crisis, in addition to the risks of declining demand in the long run. Faced with low prices, these financial reserves can quickly vanish.

The analyst concludes that keeping the price of a barrel of oil at $ 20 will reduce these Gulf financial assets faster, which will lead to the emptying of the safes by 2027.

According to the International Monetary Fund’s report last year, with oil prices falling between 50 and 55 dollars a barrel, the international financial reserves of Saudi Arabia will drop to only about five months from import coverage as early as 2024.

The author believes that this should be a very alarming prospect, as it makes the Kingdom within months in the midst of an unimaginable balance of payments crisis and proposes giving up its currency peg to the dollar, which has supported the global oil trade for a generation. However, the prices we are seeing now make this seem almost an optimistic scenario. There is still time to avoid this future, but it will include major changes in our thoughts about the Gulf and its role in the global economy.

In the Gulf region, governments decreased their budget balance following the drop in oil prices in 2014, scrapped subsidies and imposed sales taxes. If the budgets of these countries decline to a lower stage, there will be pressure to add more taxes and reduce the number of inflated civil servants. Neither will be popular with citizens who have never been allowed to vote.

Huge defense and security spending, which accounts for nearly a third of Saudi Arabia’s budget, may be forced into deflation.

The era in which the Gulf states and their sovereign funds were magic cash machines ready to pay the highest price for buying assets in every continent may be coming to an end. These countries may be forced to sell these assets, and this will affect American institutions from the Treasury, as Saudi Arabia holds about $ 183 billion to Softbank Group Corp, which may find Riyadh a less generous partner to fund the broad visions of Ibn Masayoshi.

The author concludes by saying that the Gulf monarchies have been based on huge waves of wealth over the past half-century or so, but every wave is broken in the end. Future generations will never see the wealth of the current generation. Perhaps the Gulf was not spared the oil curse after all, but rather it is only postponed.

In Numbers: Losses of the 5-Year Old Saudi American Aggression in Yemen Uncovered