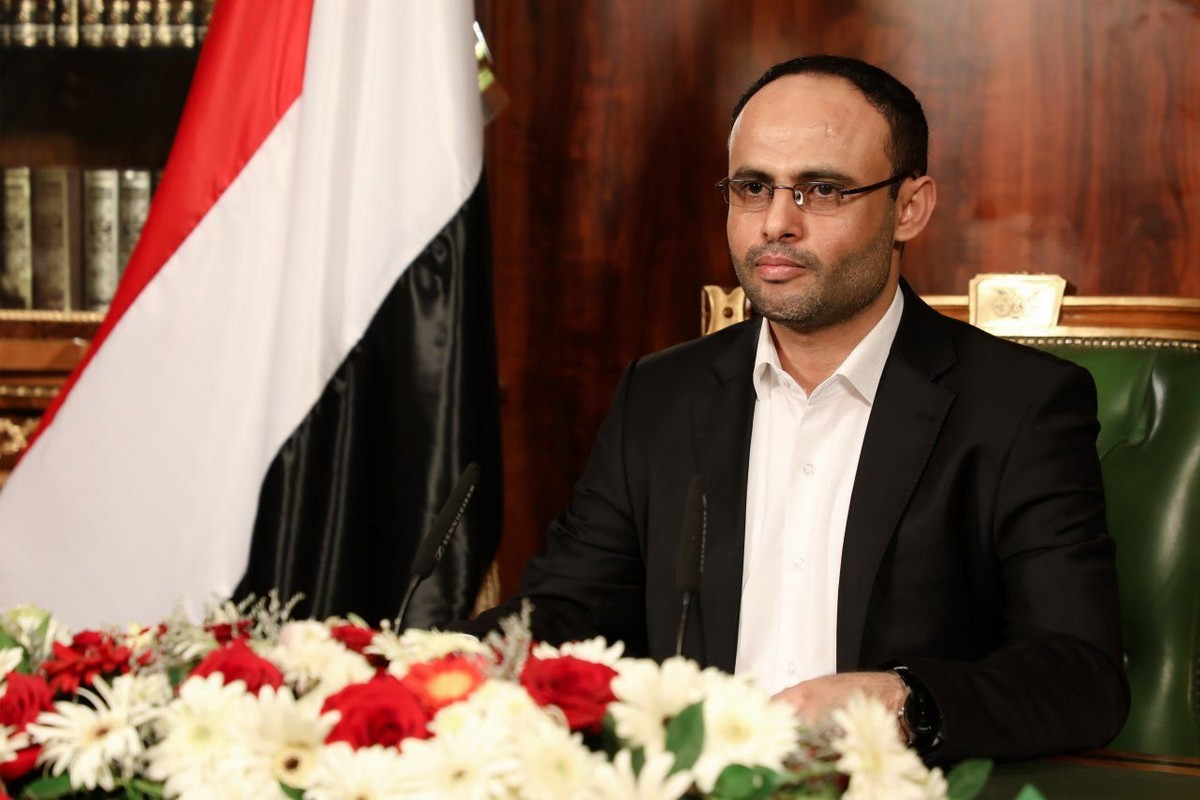 President Mahdi Al-Mashat stressed that steadfastness during the past period protected the people, society and institutions from suffering that would have been greater and more dangerous than what is happening today.

In a televised speech on the occasion of the National Day of Resilience, Al-Mashat said that the 26th of March marks an important turning point in the history of Yemen. He clarified that failure will continue to devour all hostile goals and ambitions until the end of all illegal foreign presence on the land and waters of Yemen.

A major strategic battle is taking place between an external alliance that wants a subordinate Yemen and the Yemeni people who demand freedom and independence.

“We recommend cooperation in putting the September 21 initiative into action, and the joint transition from the war to the peace phase,” he addressed the countries of aggression.

Al-Mashat also welcomed the calls and efforts of the United Nations Secretary-General and his special envoy aimed at ending the war in Yemen. Moreover, he affirmed the complete readiness to open up to all efforts and initiatives, within the framework of a comprehensive and real ceasefire that would lead to the success of a political solution.

He added, “we reserve our right to respond accordingly and appropriately towards any continuation of the blockade or aerial bombardment.’

The president also hailed the Yemeni people for their great steadfastness over the past five years and for the stability, victories, and honorable positions they achieved on various levels and in all fields despite major challenges.

Furthermore, he held the countries of aggression the full responsibility, on top of which the US, toward what the Yemeni people have endured of killing, besieging and destruction throughout the past five years.

He also called on everyone to work hard and develop the military and security forces.

As the world faces the Coronavirus epidemic, the President expressed appreciation toward efforts made by the Ministry of Health and the Higher Ministerial Committee to combat epidemics. He also directed everyone to complete the necessary preparations and provide vital and feasible equipment to confront this epidemic.

He also called on the United Nations to fulfill its duty and provide the necessary assistance for Sanaa, especially in light of its damaged health structure and its scarce capabilities due to the siege and the ongoing aggressive war.

He concluded speaking on the matter by calling on all citizens to abide and adhere to the instructions issued by the competent authorities.

Lastly, the President directed the release of all Baha’i prisoners and announced the pardon of Hamid Kamal bin Hydra’s death penalty.

Al-Mashat directs to harness all the country’s potential to confront Corona.