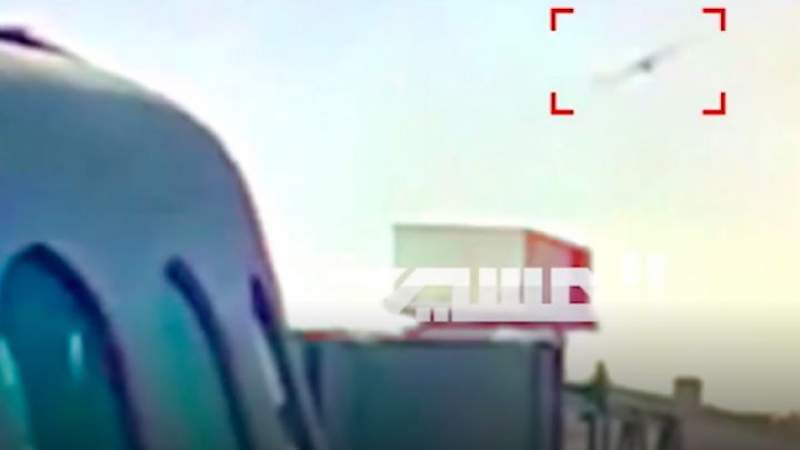 Five years ago, when the UAE started its participation in the aggression against Yemen, no one expected that it would turn from a creditor to a debtor and would witness financial distress after economic prosperity.

The UAE’s economic crisis led to Abu Dhabi borrowing two billion dollars from banks to overcome the shortage of liquidity. The crisis came as a result of the excessive expenditure after the UAE participated in the aggression against Yemen and its declining markets threatened by Yemeni missiles.

Two informed sources told Reuters that Abu Dhabi government is in talks with banks on a loan worth two billion dollars. Such talks are taking place in an attempt to exploit new sources of liquidity in a period characterized by low crude prices.

Abu Dhabi sold its latest international bond in September last year, raising $ 10 billion to be used for budget purposes and attracting orders of about $ 20 billion.

The two sources familiar with the talks said that they are currently working on a “self-arranged loan” to collect pledges from banks to facilitate a potential debt of two billion dollars, which will be the first for the government if completed. A spokesman said that the Emirate’s Finance Department declined to comment on the issue.

Earlier this month, sources told “Reuters” that the Emirate is in discussions with banks about possible issues in debt markets this year as part of plans to deal with fixed-income investors more regularly.

A source and a third source familiar with the matter said that discussions with potential bond advisers were suspended about two weeks ago. A fourth source said it would make sense for the Emirates to take advantage of various sources of liquidity after issuing its most recent and massive $ 10 billion bonds.

Governments in the Gulf region have resorted to debt financing with large amounts during the past few years to compensate for the huge spending and losses of their economy due to the repercussions of their aggression on Yemen. The Emirate of Abu Dhabi expects a deficit of 27.2 billion dirhams ($ 7.41 billion) for the year 2019, according to the publication of its latest bond offering.

The Gulf states participating in the aggression against Yemen, headed by Saudi Arabia and the UAE, suffer from difficult economic conditions due to the huge spending on the war against the Yemeni people. The war resulted in the aforementioned states borrowing money and imposing taxes and levies on their citizens and residents, which has never happened in the history of these states.

The financial balance of the Emirate of Abu Dhabi depends almost entirely on fuel tax revenues, taxes and profits received from the National Oil Company.

An official said last year that the UAE government, which had enacted a law in 2018 that allowed it to issue debt at the federal level, was planning to sell federal bonds for the first time in 2020.

This is with regard to the indirect material losses suffered by the UAE economy as a result of its successive crises since the aggression on Yemen.

As for the direct losses of the war, part of them were indirectly revealed by Lieutenant General Issa Al Mazroui, the leader of what the UAE called joint operations in Yemen, saying that “the number of sorties the UAE has conducted using all types of its aircraft reached more than one hundred and thirty thousand sorties and more than half a million flight hours on the ground of operations.”

If that was the cost of flight hours without counting the ammunition, depreciation, and maintenance of combat aircraft then what about the costs of the shot down and destroyed fighter jets and helicopters, leased satellites and battleships? What about the cost of 200,000 mercenaries recruited by the Emirates to implement its destructive projects against Yemen?

Undoubtedly, the UAE’s direct losses in Yemen’s war exceeded tens and possibly hundreds of billions. Not only that but also the UAE lost its reputation as a result of its actions against the Yemeni people and the torture scandals in its prisons in the Saudi-occupied Yemeni governorates.

In addition to the Emirati direct losses, Yemen’s continued development of its missile capabilities has left the countries of the aggression, especially Saudi Arabia and the United Arab Emirates, at risk of Yemeni strikes.

Yemen had previously hit the Barakah nuclear reactor in Abu Dhabi at the end of 2017, the UAE has not been able to open the reactor until now. The Yemeni army has also published scenes targeting the Abu Dhabi Airport using a drone of the type Samad 3. The UAE was attempting to deny the attack occurred but the released scenes ended the discussion.

The spokesman for the Yemeni Armed Forces, Brigadier Yahya, announced last December 30 the expansion of the offensive targets circle to include vital and sensitive centers in the aggression countries. He explained that “we have 9 extremely important goals, including 6 in Saudi Arabia and 3 in the UAE.”

Therefore, the UAE’s presence in the Yemeni targeting circle has weakened the investors’ confidence in the country, leading to its budget deficit, which was once worth hundreds of billions before the aggression.

Is the American Presence in Southern Yemeni Provinces Fighting Terrorism or Repositioning Its Forces?