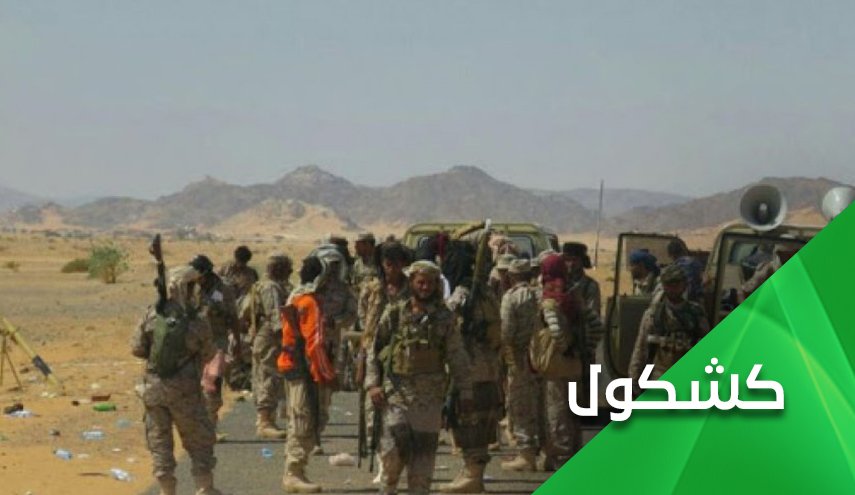 The crises of Riyadh are too big for the economy that the Kingdom of Oil used to enrich, and there is no doubt that the war imposed by Riyadh and its allies on Yemen deepened its crises and made it more difficult.

The Kingdom reached a point where it was unable to pay its mercenaries and agents in Yemen. Thousands of mercenaries affiliated with the aggression, fighting on the southern fronts of Saudi Arabia in Asir and Jizan, threw their weapons and went out in demonstrations calling on Riyadh to pay their dues and salaries suspended by Riyadh for more than six months. It was either that or to allow them to return to their homes in Yemen.

This prompted the soldiers of the Saudi army to shoot at them to disperse the demonstrations and prevent the situation from escalating and eventually forming a revolution.

The Saudi mercenaries who sold their country and betrayed their homeland for the sake of Saudi Arabia were rewarded by bullets fired by the latter. The Kingdom also prevented them from expressing any opinion that would overwhelm the rulers of the Kingdom. In a country like Saudi Arabia, you are prohibited to even ask for your rights.

Six months, mercenaries worked under the command of Saudi officers without dues, during which they endured the greatest losses and breakages at the hands of the joint Yemeni forces in Yemen’s north. They have also been treated as inferior by Saudi officers.

Mercenaries have often complained about such poor treatment they receive from Riyadh for it has considered them lower-class people and dealt with them in an inhuman way. Such treatment prompted them to rebel against Saudi orders.

As for returning to their areas of residence and homes, this is an apparently far-reaching goal. Saudi Arabia has refused to grant them permission to leave and visit their families for two years. It has also arrested those who demanded their right to visit their families. This took place after the great failure of the Saudi Army to make any progress on the northern fronts of Yemen over the five years of aggression.

Saudi Arabia’s poor treatment of its mercenaries is not so different from the rulers of the Al Saud family, who are imprisoned by their closest relatives in prisons. However, when addressing the reasons, one can not ignore the continuous progress made by the Yemeni joint forces that recently resulted in massive triumphs in Al-Jawf and Ma’rib against the Saudi coalition forces.

Such victory created a state of low spirits among the Saudi forces and mercenaries and the loss of the ability to continue fighting.

In addition, the money that the Saudi Crown Prince Mohammed bin Salman paid to his American sponsor Trump to preserve his position, better his reputation in the world, his policies and unprofessional management of the country, and his entry into useless wars, whether military against Yemen or economic with Russia, led Saudi Arabia to the brink of bankruptcy.

It has gotten to the point where the well-known giant oil company, Aramco, announced its intention to borrow $ 10 billion. The expectations of an increase in the deficit and public debt in the kingdom’s 2020 budget also act as evidence that bin Salman is leading Saudi Arabia to an unknown future and a dangerous turnaround. The Kingdom may not be able to handle the possible consequences.

However, Saudi mercenaries and other deceived Yemenis did not consider the fact that a mercenary is always classified as lower class. This is because whoever betrays his country cannot be trusted.

How good it would have been if these people learned from the lessons of those preceding them in employment? How did the situation end with rulers who sell their country to the occupier, did they not witness Trump insulting Saudi Arabia, which has given all of what it possesses, every now and then?