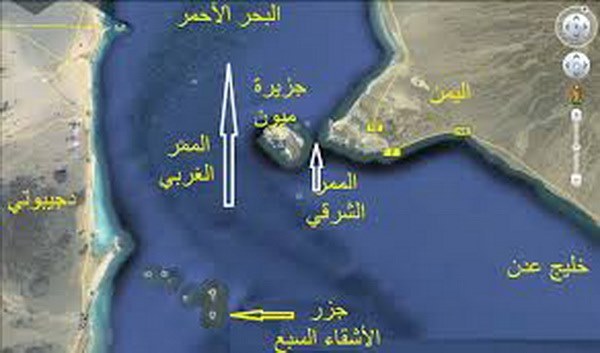 A press report confirmed that the UAE had turned the Yemeni island of Mayon into a military base and a passage for its mercenaries and delivering support to Aden and the rest of the occupied areas in southern Yemen.

According to the report published by the newspaper, “The New Arab”, the UAE has rehabilitated the Mayon Military Airport, which it also uses to support its agents on the West Coast, in addition to those in Aden.

The report also said, “The UAE continues to tamper with the vital and strategic areas and parts of Yemen, particularly the scattered islands, which are among the most important buried wealth of the country.”

Yemeni military and security sources talked about the extent of violations on Mayon Island, which is located in the heart of the Bab al-Mandab strait. Bab Al-Mandab strait happens to be linking the Red Sea, the Arabian Sea and the Gulf of Aden.

Meanwhile, Abu Dhabi is attempting to reproduce what it did in Socotra, according to the newspaper. The newspaper quoted sources as saying, “The UAE isolated the island, which has an area of 13 square kilometers, and a population of about 250 people, in an attempt to eliminate any kind of Yemeni control over Bab Al-Mandab.”

The UAE imposed numerous measures to prevent access to the island, with the exception of a few among its most trusted mercenaries and a very limited number of journalists and media outlets. The UAE also made sure it generates funds for the people of the island in order to earn their loyalty, while others are prevented from reaching the island.

The newspaper quoted a senior source in the local authority in Aden governorate, and another in the Aden Ports Corporation, confirming that the local authorities on the island are not even able to perceive the conditions of people on Mayon Island. No Yemeni official can access or visit the island, since the UAE controlled it in October 2015.

Four residents of the island, who revealed the Emirati practices in Mayon, spoke to the newspaper, noting that the Emirati forces deliberately harassed fishermen in the process of sea fishing, as fishing is a source of livelihood for most of the island’s residents. In addition, UAE forces stormed houses of innocent citizens under false pretexts. The country is also accused of preventing the arrival of humanitarian aid and organizations to the island.

The source noted that the only organization allowed to the island is the Emirati Red Crescent, who also conducts acts of humiliation against the citizens. The citizens explained that the purpose of this restriction is to compel them into leaving and migrating from the island or accepting the temptations offered; to travel to the Emirates.

They also confirmed in the context of their conversation with the newspaper that the flag of Yemen is forbidden to be raised on Mayon Island, while the Emirati flag is raised instead. That in addition to the flag of separation affiliated with the “Southern Transitional Council” of the UAE occupation.

Those who spoke to the newspaper added that Emirati delegations arrive on the island almost daily and Emirati officers meet with a number of their mercenaries on the island.

They also revealed the existence of a prison in Mayon, where dozens of detainees are believed to have been transferred from the southern provinces to this prison.

The report of “Al-Arabi newspaper” adds that the inhabitants of Mayon island suffer from the difficulty of life and the absence of services almost completely. Health services are especially nonexistent, given that there is no hospital in the island except a four-room health center that is not even suitable, according to the residents of the island, to give birth to a woman.

Families are forced to transport sick and pregnant women through worn-out boats to land as they refuse to give in to the Emirati pressures and harassment by emigrating to Aden, Taiz or outside Yemen.

UNICEF: Millions of Yemenis at Risk of Deadly Diseases