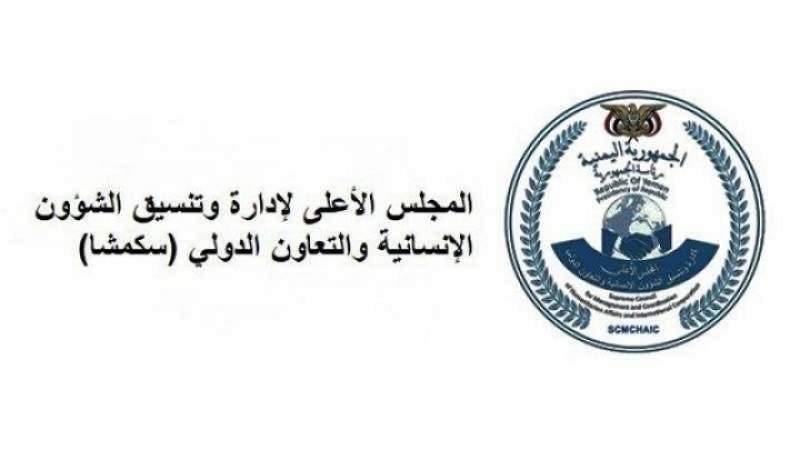 The Supreme Council for the Administration and Coordination of Humanitarian Affairs denounced everything that is being promoted by the UN Office in Yemen about concealing data since the start of government measures to confront the Coronavirus.

The Supreme Council for the Administration and Coordination of Humanitarian Affairs affirmed in a statement issued, Thursday, that the statements of the United Nations Office deviate from its entrusted humanitarian duty  towards the Yemeni people.

The United Nations bears full responsibility for the results of its decisions and statements that may work to disrupt humanitarian work in Yemen, the council added.

The spokesperson for the Supreme Council for the Administration and Coordination of Humanitarian Affairs, Talat Al-Sharjabi, said that there is a deviation in the course of humanitarian action in Yemen. He stressed that some international workers have turned into managing the political instead of a humanitarian file. They have chosen politics over humanitarian ethics, he explained.

In the same context, Al-Sharjabi mentioned in a statement to Almasirah that the response of the Ministry of Health and the Salvation Government to the allegations of the Humanitarian Coordinator, Liz Grande, was clear and displayed confusion in her statements that were intended to mislead public opinion. He then called on those involved in the management of the humanitarian file in Yemen from the internationalist side to have human ethics out of politics.

Al-Sharjabi also suggested that there is possibly great pressure exerted on the Humanitarian Coordinator, Liz Grande, as she is asked to implement certain agendas. He also described her performance in Yemen as “strange for it is more political than it is humanitarian.”

Al-Shargabi pointed out that they only receive promises that are not fulfilled, especially with regard to securing basic medical supplies.

It is noteworthy that Liz Grande, Resident Coordinator for Humanitarian Affairs in Yemen, had provided unrealistic figures about the support provided by the international organizations to confront the Corona outbreak in Yemen, according to its statement issued on the 23rd of April.