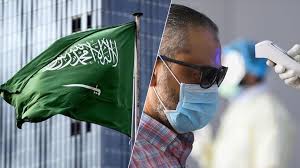 A storm kicked up across Twitter after the kingdom announced on Monday that it was to suspend a 1000-riyal ($266) cost-of-living allowance for state employees and increase value added tax from five to 15 percent as if the people were already not under much economic pressure.

Ghanem Almasarir, a well-known critic of the state, posted a video showing people begging money or other instances of assistance from passing cars at crossroads, others scavenging for food in garbage containers and bin liners, a Saudi citizen displaying his empty fridge, and several people showing how they were living in ramshackle houses and squalid conditions.

Russia: Sanctions imposed on some countries global threat that must be confronted