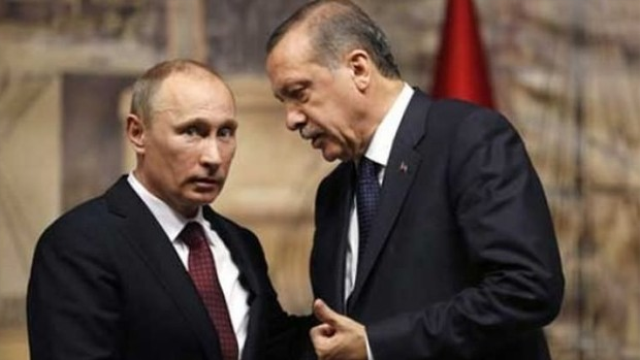 Russian President Vladimir Putin and his Turkish counterpart Recep Tayyip Erdogan discussed cooperation on the coronavirus fight and the situation in Syria, both the Kremlin and the office of the Turkish president said Monday.

“Our president held phone talks with Vladimir Putin. The leaders discussed the cooperation on the coronavirus response as well as steps after the pandemic. The situation in Syria was also discussed”, Erdogan’s office said.

The two leaders discussed the prospects for cooperation on trade and the economy.

“The importance of further cooperation of relevant agencies of the two countries, on many treatment methods and vaccine development, was stressed”, the Kremlin noted.

Putin thanked Erdogan for helping with the repatriation of Russians and for the aid to several Russian regions.

“President of Russia and turkey expressed concerns over the escalation of clashes in Libya”, the Kremlin said.

Putin and Erdogan discussed Syria as well and expressed readiness on both sides to boost the effort to carry out agreements on Idlib.

The Russian and the Turkish presidents managed to negotiate a ceasefire in Syria earlier this year, establishing joint patrols near Idlib – which is the last stronghold of the foreign-backed terrorists in the country.

Al-Jaafari: Any foreign military presence on Syrian territories without consent of the government is an aggression and occupation