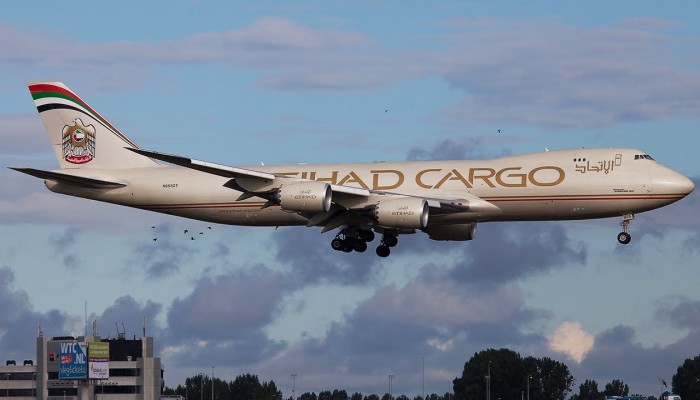 Israel has been witnessing the arrival of the first UAE airplane at Tel Aviv airport, the Hebrew daily Yediot Aharonot reported Tuesday evening.

For the first time in Israel, a cargo plane by the UAE Etihad Airways, the national airline in Abu Dhabi, landed at Tel Aviv’s Ben Gurion Airport, according to the newspaper.

The newspaper reported that the plane landed coming directly from Abu Dhabi as it was carrying humanitarian assistance to the Palestinian Authority in order to confront the COVID-19 epidemic.

The 20TV channel reported that the UAE plane landed at Ben Gurion Airport in coordination with the Israeli Foreign Ministry.

Meanwhile, an Israeli journalist published a collection of photographs of the UAE plane before and after landing in his country.