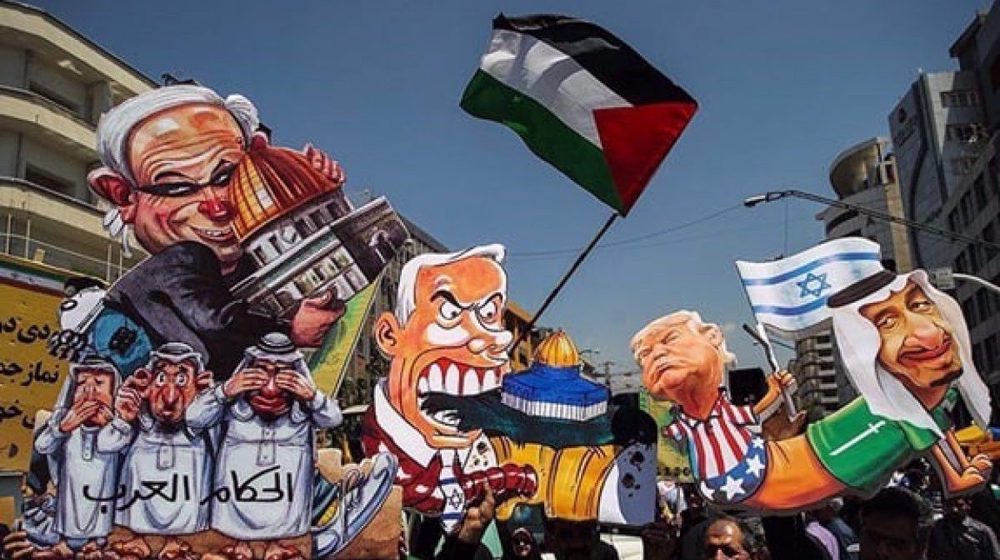 Millions of people took part in worldwide events marking the International Quds Day, which this year revolves around the online #COVID1948 campaign to raise awareness about the plight of the Palestinian people at a time the public opinion stands preoccupied with the ongoing coronavirus pandemic.

The last Friday of the holy month of Ramadan, as it has been tradition since a historical decree by founder of Iran’s Islamic Revolution Ayatollah Khomeini in 1979, saw activists express their solidarity with the people of Palestine in unique ways after annual demonstrations were called off due to COVID-19 fears.

Social media users posted a wide range of videos from previous Quds Day rallies to missile launches by Palestinian resistance groups and even military parades by the Lebanese resistance movement Hezbollah as well as the Islamic Revolution Guards Corps (IRGC).

The Houthi Ansarullah movement and its years-long resistance against Saudi-led aggressors was also a major source of inspiration for online content that encouraged fighting the Israeli military.

Late IRGC Quds Force Commander General Qassem Soleimani and his recently-published letter to a Palestinian leader, where he predicts the liberation of Quds, was also a recurring theme.

The new land grab project is a by-product of US President Donald Trump’s so-called deal of the century peace initiative, which blatantly undermines Palestine’s right to statehood in exchange for vague promises of basic economic opportunities.