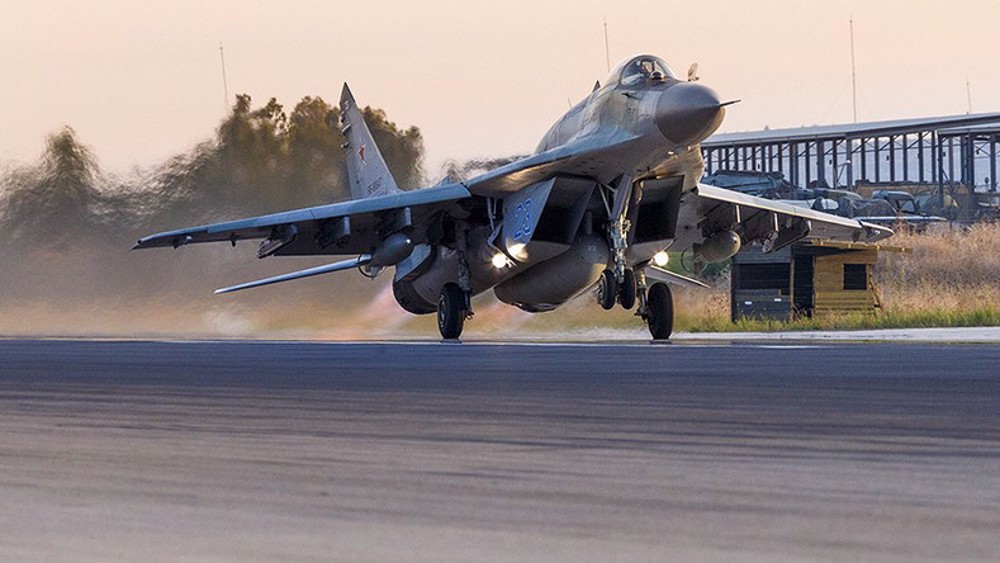 YEMEN-EXTRA- The Russian Embassy in Damascus says Syria has received a new batch of advanced Mikoyan MiG-29 twin-engine fighter jets, which are currently being used by Syrian pilots to strike the positions of foreign-sponsored Takfiri militants in the country.

The diplomatic mission, in a post published on its official Twitter page late on Wednesday, announced that the latest batch of the aircraft was handed over to the Syrian military “within the framework of defense cooperation” between the two countries.

“Syrian Arab Army received the second batch of advanced MiG-29 fighter jets from #Russia – in the framework of military & technical cooperation between our countries. Syrian(s) already begin to carry out missions on those planes,” it said.

Russia had delivered another batch of Mikoyan MiG-29 combat aircraft to Syria on May 30.

“In the framework of military and technical cooperation between Russia and Syria, the Russian side handed over the second batch of advanced and modernized MiG-29 fighter jets to Syria, during a ceremony at Hmeimim base [in Syria’s western coastal province of Latakia]. As of June 1, 2020, Syrian pilots will begin to carry out missions on those planes in Syrian airspace,” Syria’s official news agency SANA quoted an unnamed senior military officer as saying at the time.

Russian news portal avia.pro wrote back then that the Syrian Air Force, with the MiG-29s in its inventory, will be able to tackle and even get the better of Israeli F-16 warplanes.
According to the report, the MiG-29s supplied to Syria have better combat capabilities than the F-16s operated by the Israeli military.

Russia has been helping Syrian forces in the ongoing anti-terror battles across the conflict-plagued Arab country.

The Russian military assistance, which began in September 2015 at the official request of the Syrian government, has proved effective as Syrians continue to recapture key areas from terrorist groups across the country.