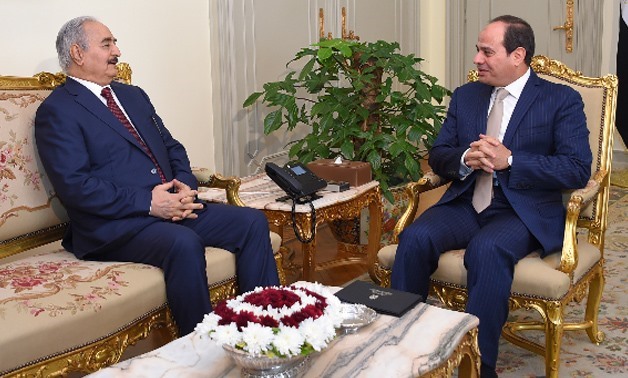 The Egyptian President Abdel Fattah Al-Sisi received on Saturday Chief Commander of the Libyan National Army (LNA) Field Marshal Khalifa Haftar and Speaker of the Libyan House of Representatives Aguila Saleh for a tripartite summit on developments in Libya.

The meeting comes out of Egypt’s keenness on achieving security and political stability in Libya, added the spokesman, pointing out that Libya is part of the Egyptian national security.

Russia Today reported that the meeting between Al-Sisi and Haftar will result in announcing a political solution in Libya.

June/5: An Update of the Saudi Crimes in Yemen