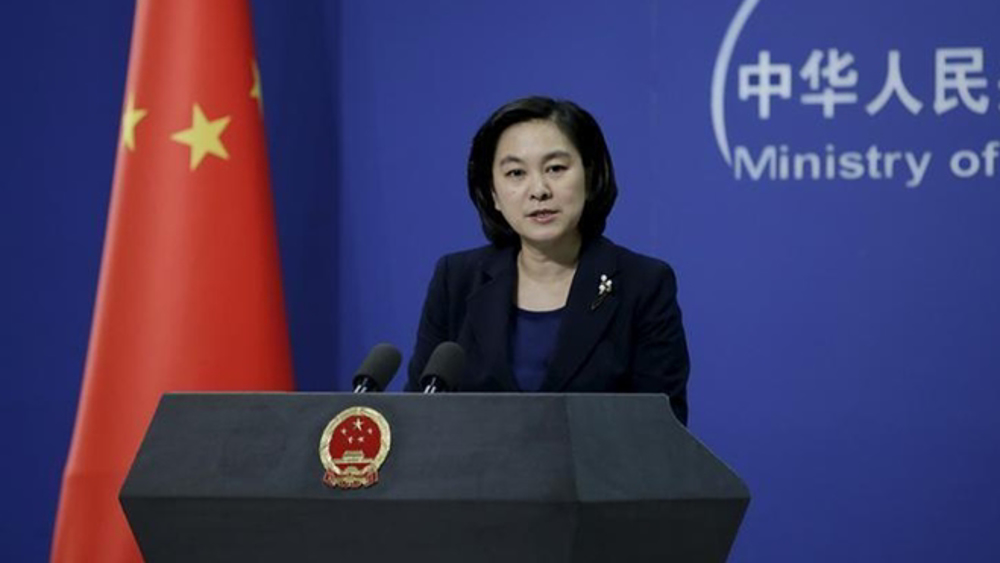 hina’s Foreign Ministry spokeswoman decries a shaky Boston University and Harvard study suggesting that Beijing waited a couple of months before revealing that it had come to host the new coronavirus as an attempt at “disinformation.”

Addressing a regular briefing on Thursday, Hua Chunying said the so-called research was “full of holes” and “crudely manufactured.”

She called it evidence of coordinated efforts in the US to “deliberately create and disseminate disinformation against China.”

“Some US politicians and media acted like they found buried treasure and wantonly spread [the study], treating it like new proof that China concealed the epidemic,” the official said.

The first cases of the virus that can lead to a potentially deadly respiratory infection called COVID-19 were spotted by doctors in the central city of Wuhan in December. They shared the genome sequence with the World Health Organization in early January.

Imperial College London, in collaboration with the WHO, has also traced the virus family tree, estimating that it appeared in China around December 5.

The study, however, alleged that the virus could have emerged in China in August that year, when, it claimed, parking lots at Wuhan’s hospitals started taking in more cars.

The research, though, has not been peer-reviewed, and the authors said they could not definitively confirm that the data they documented was linked to the virus.

The US and some of its allies, including Australia, have been calling for an investigation into the COVID-19 origins, with President Donald Trump repeatedly pushing the conspiracy theory that the virus originated at a Chinese laboratory.

On Wednesday, Trump tweeted a Fox News video segment about the Harvard study without any additional comment.

More than 7.5 million have so far been infected with the virus and above 420,000 others have died from it so far across the world.