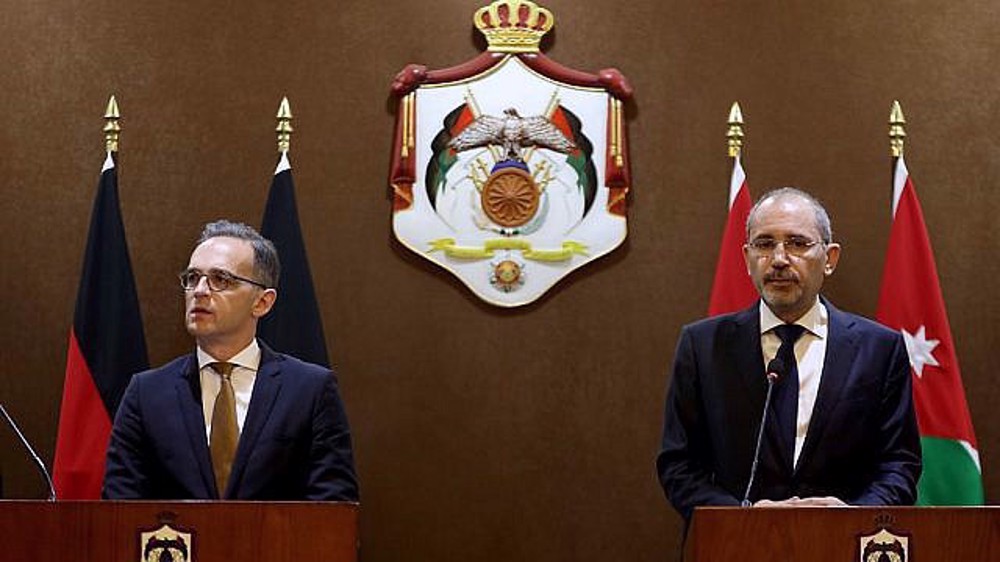 Addressing a joint press briefing along with his German counterpart Heiko Maas in the Jordanian capital of Amman, Safadi said the Israeli plan would torpedo any opportunity for peace in the region, the Palestinian Information Center reported on Thursday.

“We are working with our partners and brothers in order to prevent Israel from carrying out its annexation plan because implementing it means killing any opportunity towards peace,” the top Jordanian diplomat said.

For his part, Maas expressed Berlin’s concern over Israel’s intent to annex parts of the occupied Palestinian territories.

He said the European Union rejects any unilateral plans which may pose a serious threat to the region.

The comments come after Israeli prime minister Benjamin Netanyahu received the approval of his newly-installed coalition regime to put his annexation plan to vote in the Israeli cabinet or parliament as soon as July 1.