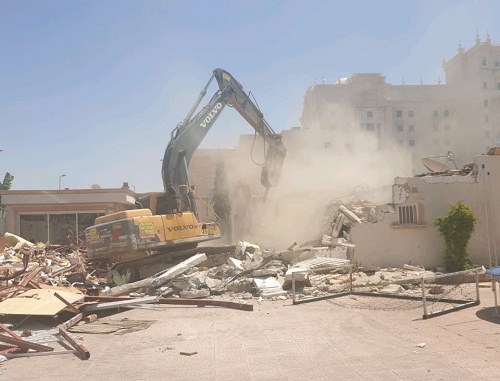 A young Saudi girl has reportedly lost her life as bulldozers razed her family home in the kingdom’s southern region of Asir, nearly two months after regime forces fatally shot a dissident tribal activist in the Tabuk region as he resisted leaving his home to allow construction of a controversial megacity project.

The ill-fated child, identified by her given name Noura, was killed in the Harajah governorate of the region on Wednesday as several bulldozers were deployed to the area in order to tear down buildings purportedly constructed without permits, Arabic-language New Khalij news website reported on Thursday.

The report added that Noura was asleep when the incident took place, and was crushed by a bulldozer before she could find a chance to save her life.

Video footage of the demolition, circulated on social media platforms, has created a wave of shock and outrage in Saudi Arabia, with media activists describing the incident as “tragic and unfortunate” and venting their rage on government officials and the so-called urban planning committee in Harajah under the Arabic hashtag “Critical assaults kill the child Noura.”

The activists launched a sharp attack on those responsible for the demolition, describing what they did as a criminal act and utter disregard for the lives of civilians.

June/11: An Update of the Saudi Crimes,Violations in Yemen