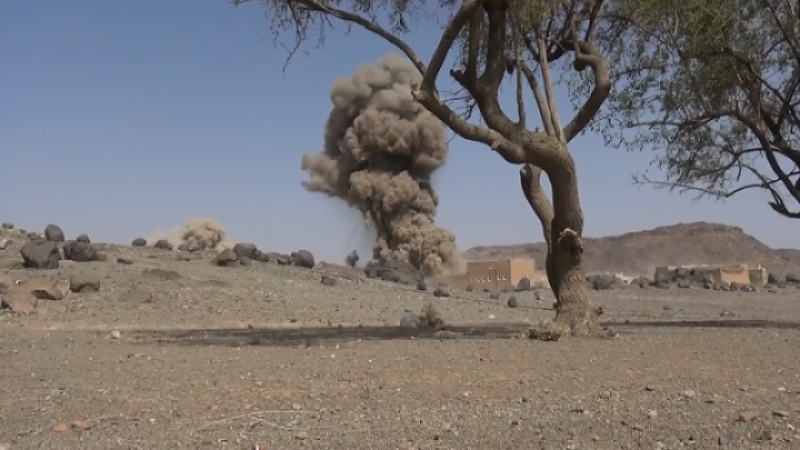 Today on Sunday, the Saudi-American aggression carried out more than 40 air raids on a number of governorates, 32 of which were conducted on the Marib Governorate.

A source from Marib reported that the Saudi warplanes carried out 32 airstrikes on Saleb and Khaneq in the Majzar district during the past few hours.

In al-Jawf, the aggression launched 5 raids on the Khub wa Al-Sha`f district.

In Saada, the aggression launched 3 raids on the al-Zahir district.

In Hajjah province, the Sajdu jets launched an air raid on the Haradh district.

Al-Qadri: UNSC Did Not Bear Its Responsibility on Hodeidah-Continuing War