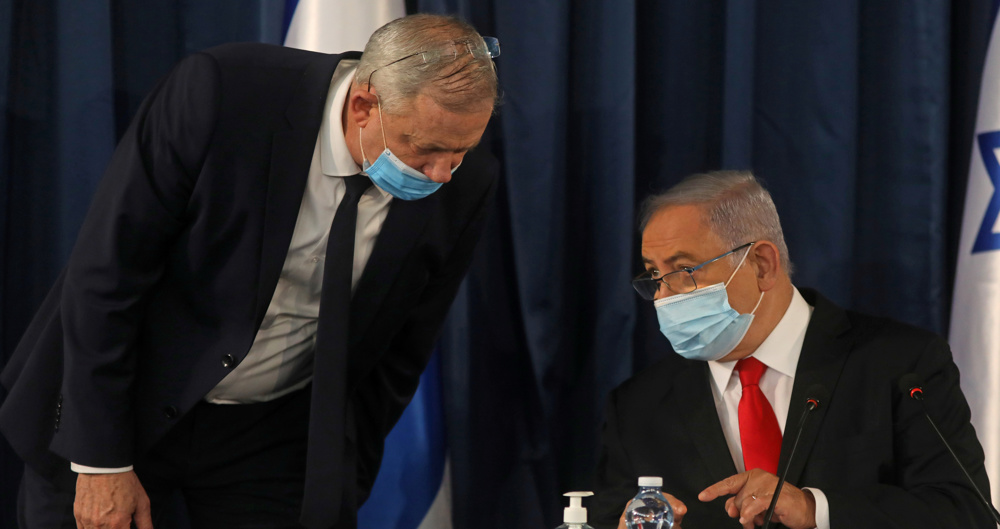 Israeli Prime Minister Benjamin Netanyahu says the regime may annex parts of the occupied Palestinian territory on a step-by-step basis rather than in a single phase, amid disagreements with his coalition partners over the controversial land grab scheme.

Israel’s Channel 13 TV quoted Netanyahu as telling a group of visiting army officers in the reserves on Monday that he had not reached an agreement with ministers of military and foreign affairs Benny Gantz and Gabi Ashkenazi on the annexation plan.

“It’s possible that annexation won’t happen in one round but rather will be implemented in stages,” he said. “The US is demanding the agreement of Gantz and Ashkenazi.”

Meanwhile, a statement from Netanyahu’s office said the premier touted what he called the “historic opportunity” to impose Israeli “sovereignty” over settlements and the Jordan Valley — some 30 percent of the West Bank.

“Netanyahu said the conversation was now about how to carry out the move, and he emphasized that it depends on internal negotiations in the government” between Likud and Blue and White political parties, according to an unidentified source present at the meeting.

Moreover, Haaretz newspaper reported that Netanyahu had suggested that a lack of coalition consensus could will also cause the annexation move to be pushed past July 1.

“I wanted to bring annexation for approval soon, but the map still isn’t complete,” the Israeli prime minister was quoted as saying during a Likud faction meeting.

Separately, Gantz voiced support for US President Donald Trump’s self-proclaimed “deal of the century,” which is widely viewed as Washington’s green light to Tel Aviv to push ahead with it annexation plot.

“It is an important plan that presents a realistic attitude of the way a stable future in the region can be built, and I plan to promote it as much as I can in the most responsible way,” he said in a speech to the American Jewish Committee’s Virtual Global Forum.

Gantz also urged the regime “to work based on the plan in coordination with regional partners… with a consensus in Israeli society and in coordination and full acceptance of the US.”