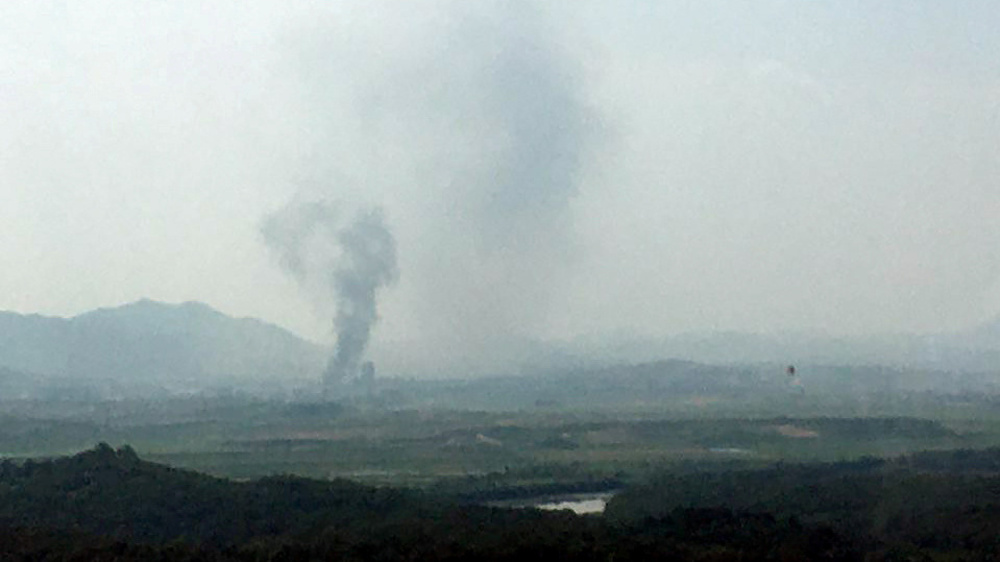 North Korea has reportedly blown up an inter-Korean liaison office building just north of its border with the South, amid rising hostilities over Seoul’s failure to stop defectors from sending anti-Pyongyang propaganda leaflets over the border.

It came shortly after the North Korean army threatened action against the rival South over the propaganda campaign.

“Our army will rapidly and thoroughly implement any decisions and orders of the Party and government,” the General Staff of the Korean People’s Army (KPA) said in a Tuesday statement carried by North Korea’s state news agency KCNA.

The General Staff said it had been reviewing an “action plan” to reenter zones that had been demilitarized under a 2018 inter-Korean pact and “turn the front line into a fortress.”

The development comes amid heightened tensions between the two Koreas over the leaflets, which are sent into the North usually by balloon over the border or in bottles by river.

Pyongyang has warned the South several times recently to stop the propaganda campaign and has already severed two valued hotlines with Seoul.

June/15: An Update of the Saudi Crimes, Violations in Yemen