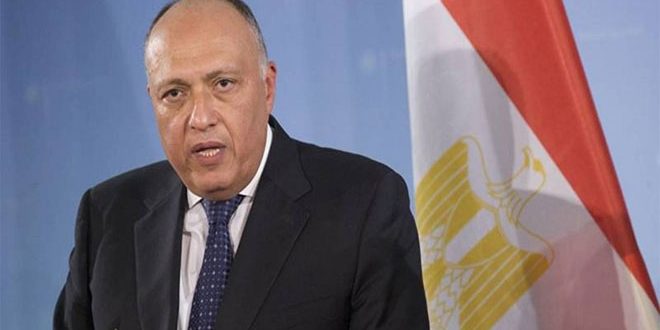 Egypt has reaffirmed the necessity of finding a political solution to the crisis in Syria that respects its sovereignty, unity and territorial integrity, indicating that the Egyptian initiative for ending the crisis in Libya comes in line with the international and UN efforts and initiatives.

Egyptian Foreign Minister Sameh Shoukry, during a video symposium on Monday under the title “Egyptian Diplomacy…Dealing with Current Challenges”, underlined the necessity of finding a comprehensive political settlement in Syria in a way that would achieve its unity, territorial integrity and the safety of its institutions, in addition to eliminating terrorism complete

June/16: An Update of the Saudi Crimes in Yemen