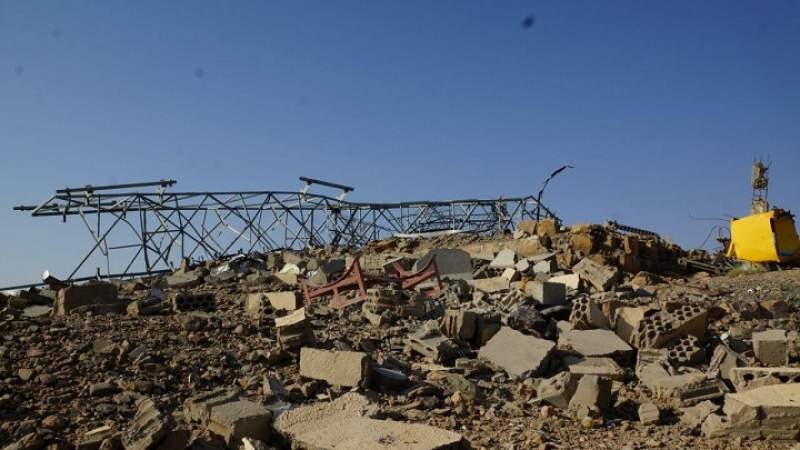 The warplanes of the Saudi aggression destroyed today, a communications station western the capital, Sanaa.

An official stated that the military aircraft of the US-backed Saudi coalition of aggression launched an airstrike on the communications station in Al-Hawry hill in Hamadan District, which led to its total destruction.

The air force of the aggression coalition launched a raid yesterday midnight on the Al-Hafa area in the capital, Sanaa.

It is worth pointing out that just yesterday, Fighter jets of the aggression targeted the communication stations in Bani Ghaith and Tharwa regions, Amran Governorate, north of Sanaa, which led to the complete stoppage of communications and Internet services for the residents of several districts in the province.

The US-backed Saudi aggression increased its raids on various Yemeni regions, yesterday, Tuesday, where 77 raids were carried out, including 12 raids on Sanaa governorate, 28 raids on Majzr in Marib, 3 raids on Amran, 7 raids on Saada, 8 raids on Hajjah and 4 on Najran.

A Girl Shot Dead by Saudi Mercenaries in Taiz