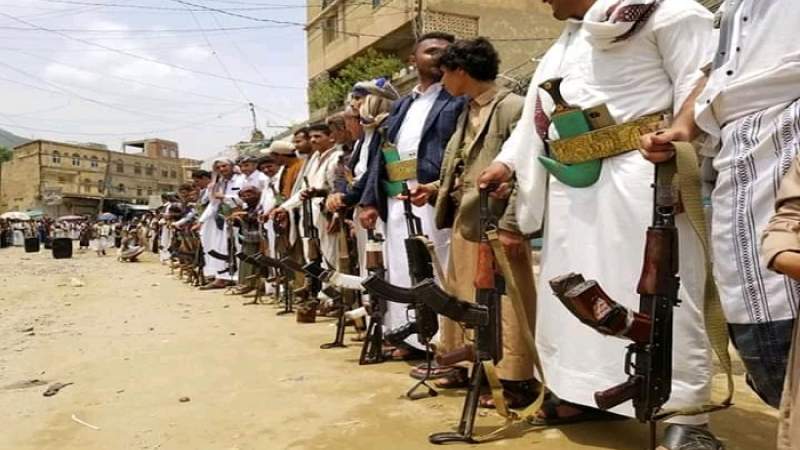 The tribes of Hajjah province condemned the Saudi-led aggression (Coalition) for the detention of oil derivative tankers as well as for the brutal crime against the Suba’yan family in Wadi Ubaida in Marib, which resulted in the killing of seven and wounding many others, including women and children.

The tribes explained in an open meeting within various parts in Hajjah, that preventing the entry of oil derivatives is a part of its plans and adds up to its crimes that have been going on for more than five years.

Moreover, the tribes held the coalition of aggression the full responsibility for the upcoming catastrophic consequences that will affect various sectors and result in their stop if the aggression does not release the oil tankers that are held by them.

The tribes also slammed the Islah militia for its crime committed on the Al-Suba’yan family, which is considered inconsistent with the original tribal values and norms that impose sanctity for homes, women and children.

Hajjah tribes reiterated its condemnation for the international community’s silence regarding the crimes of aggression against Yemen, calling on the United Nations and humanitarian organizations to pressure the aggression of coalition to release the tankers holding fuel and condemn the horrific massacre against the Suba’yan family.