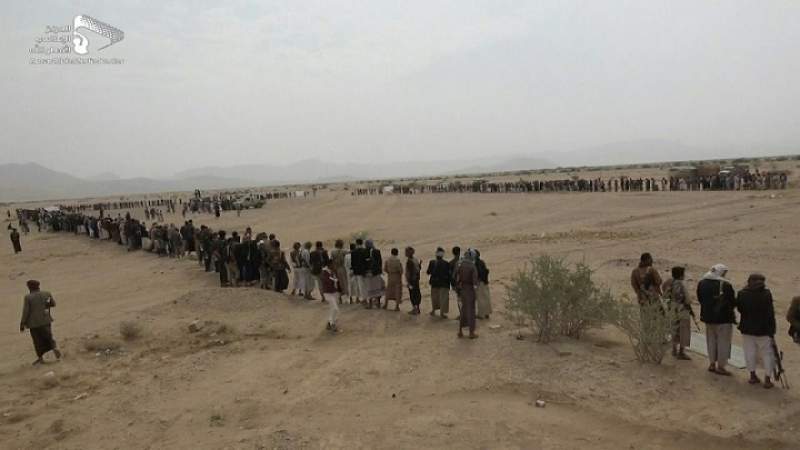 The elders of the Yemeni tribes from Madhahj, Him’yer, Bakil and Hashid held last Sunday, an expanded tribal meeting in Al-Jawf governorate, in denunciation of the crime of Islah militants against the Suba’iyan family in the Ma’rib Governorate.

The elders of the Yemeni tribes sent a message to the Ubaida tribes, asking them to do what is required of them by the legal and tribal custom to track down the perpetrators, arrest them and bring them to justice.

The elders of the Yemeni tribes demanded the Ubaida tribes to allow the other tribes to play their role and gave them a period of three days to reply to their message if they were unable or failed to fulfill their duty.

The Islah militias, paid local mercenaries affiliated with the Saudi-UAE aggression, committed, last week, a crime in the Al Hatek area in the Ubaida Valley in Ma’rib governorate, where dozens of gunmen who were recruited from outside the province stormed with armed groups and tanks, the Suba’iyan houses and killed seven people, including the sheikh Mohsen Suba’iyan and three of his brothers, and children.

The militias of the Islah did not stop here, but they also robbed and burned their homes in the area and terrorized women and children in a blatant attack on families peacefully living in their homes.

Hajjah: A Tribal Protest Against the Saudi Aggression, Siege and Crimes