The Yemeni armed forces revealed today large quantities of weapons bearing the slogan “The United States Agency for International Development” (USAID), which were provided to the Saudi-UAE paid mercenaries but then were seized during the latest advance by the Yemeni army in Marib and Al-Bayda provinces. 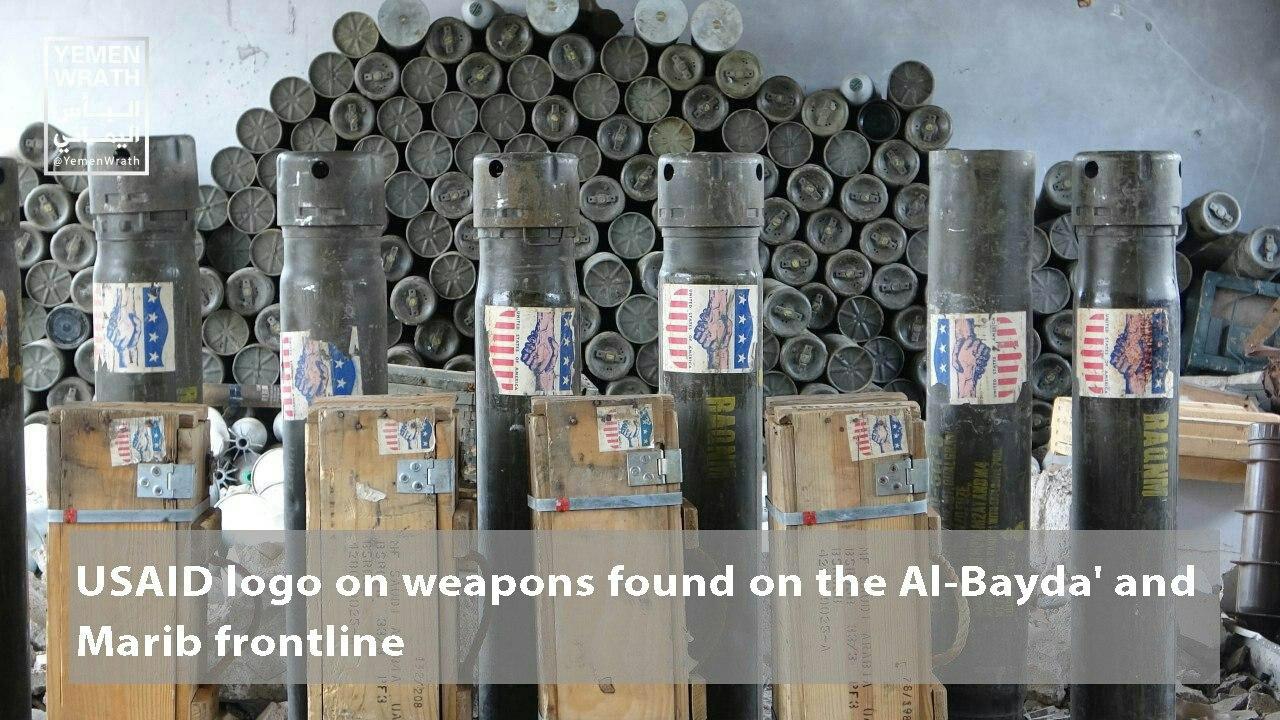 Brigadier General Saree pointed out that the United States Agency for International Development (USAID) supports and funds organizations working in Yemen, and it functioned as an intelligence agency under humanitarian slogans.

Moreover, he stressed that the American system stands behind the war and aggression on Yemen, as it arms, sets the operations, and covers the Saudi-led aggression (Coalition) politically and morally for its crimes.

The spokesman noted that the USAID agency supports and funds foreign organizations working in Yemen to implement its activities in local communities in a number of governorates, noting that it was exercising intelligence roles through humanitarian slogans. In this regard, B.G. Saree called on the competent security authorities as well as the Supreme Council for the Administration and Coordination of Humanitarian Affairs and International Cooperation, to uncover and expose this suspected character of the agency that is directly affiliated with the US State Department, especially after it became clear that it was actively participating with the country’s enemies by killing Yemenis on the pretext of humanitarian aid. 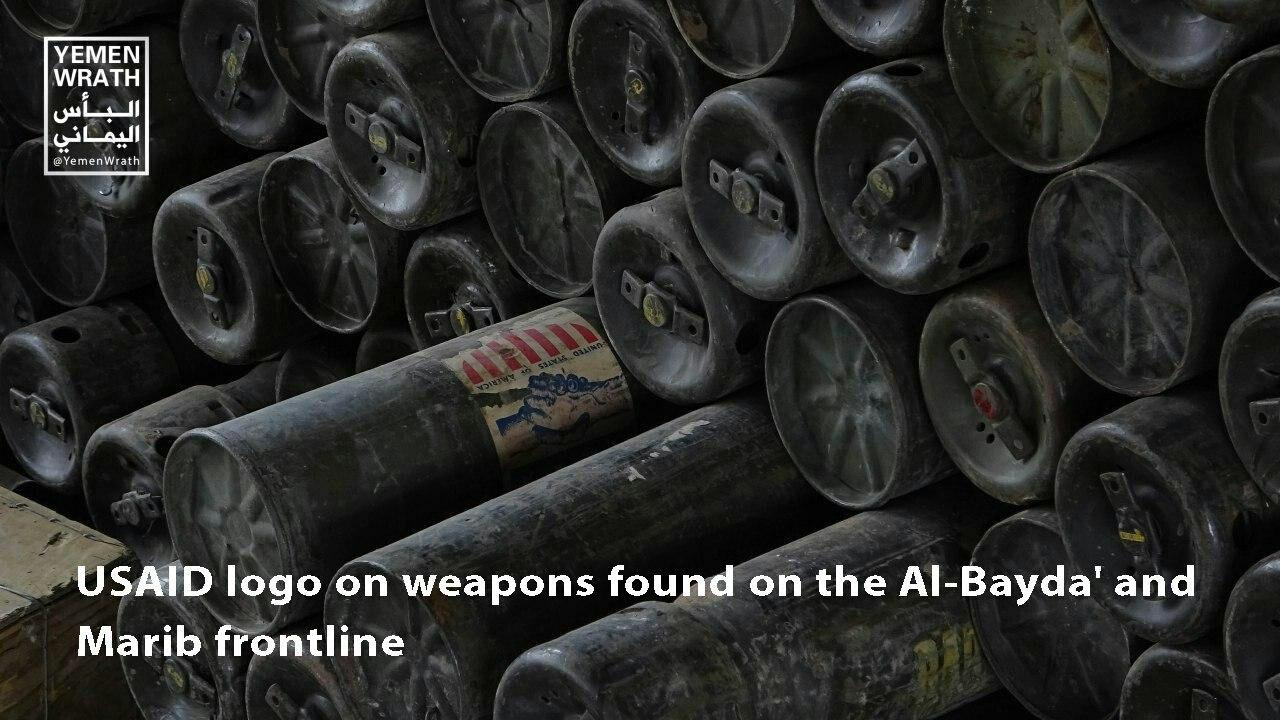 The brigadier general reaffirmed that this was not the first time that the Yemeni armed forces have been able to seize weapons bearing the slogans of the aforementioned agency, indicating that the American regime was and still stands behind the aggression on Yemen, as it is it who is arming, setting goals, and covering the political and moral manners for the Saudi aggression for its brutal crimes on the Yemeni people.

Additionally, he stressed that the American judgment is behind the continuation of the aggression and the siege. 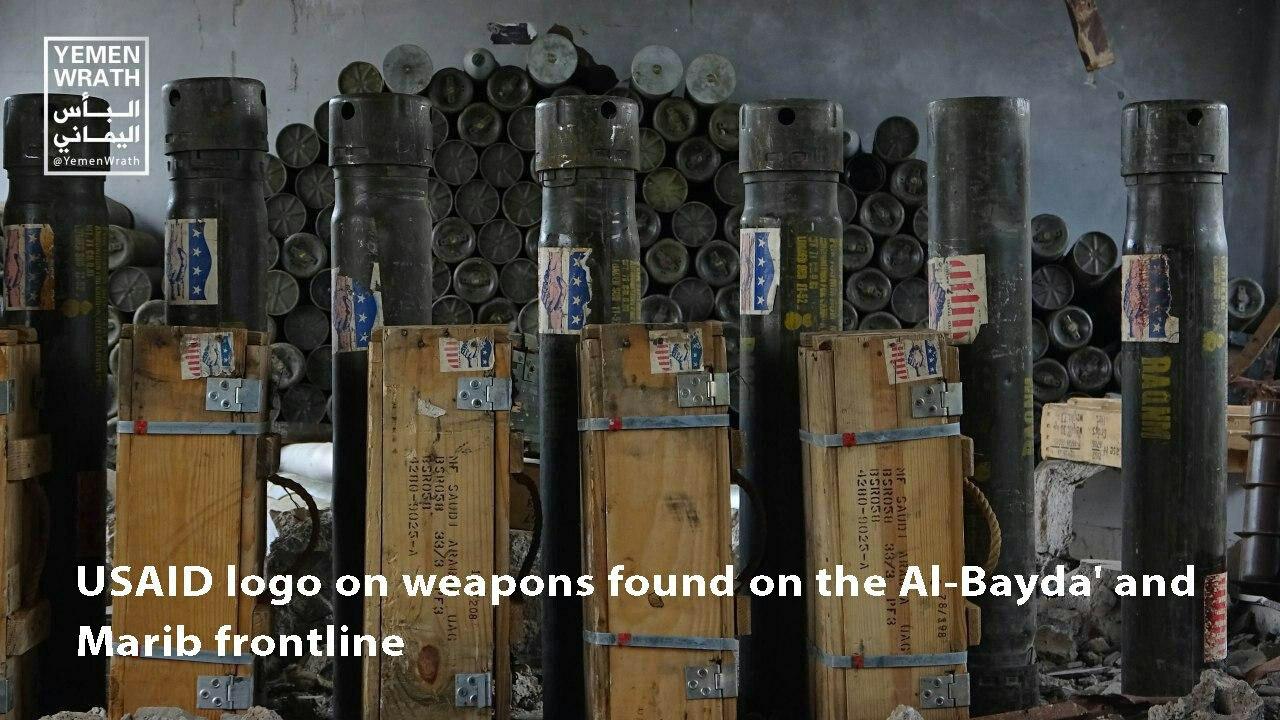 “Our people are being killed with American weapons, and that our people suffer because the United States of America backs their puppets in the region, the Saudi and Emirati systems, and pushes them to implement its agenda and policies, and to serve the Zionist entity in the region,” the Armed Forces spokesman, Yahya Saree, said during his briefing today.

The spokesperson for the Yemeni Armed Forces explained that the official authorities in Yemen allowed the American organization and other organizations to operate in the country within its declared activity related to the humanitarian aspects. However, he said, the activity of some organizations serves Yemen’s enemy militarily and with intelligence, referring to the scenes presented in this regard.

He reasserted his call to the competent authorities to disclose the nature of the role of this organization in our country, which was previously expelled from Russia and other countries.