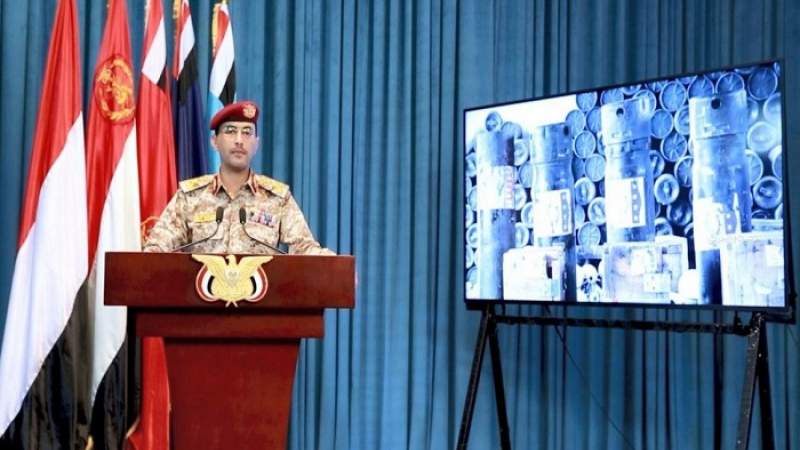 The armed forces confirmed today, Tuesday, that the economic war by the Saudi-led aggression (coalition) on Yemen will have dire consequences, promising that their economy will not be safe anymore.

The Armed Forces spokesman, Brigadier General Yahya Saree, noted in a press briefing that the Yemeni people will not die of hunger and the forces of aggression should know this already.

“Our response to the assassination of President Al-Samad is not with one operation, but with a series of operations that will destroy your palaces and shake your thrones,” Saree asserted in a reply to the spokesman of the Saudi aggression.

Brigadier general Saree confirmed that all the objectives of the Yemeni forces are military targets, of a military nature, or has a relation with the military side.

“We succeeded, with God’s help, in implementing specific operations, which were concentrated strikes on sensitive targets within our objectives bank,” he added.

Moreover, B.G Saree stressed that threats and intimidations by the aggression do not affect the people of Yemen as well as its armed forces, including leaders, officers, and individuals, pointing out that the armed forces will not respond to the aggression’s threat with another, but rather will confirm that the actions of Yemen’s forces precede their sayings.

Moreover, Saree pointed out that the Saudi civilians within Najd and Hejaz or in Asir, are dealt with carefully and more than the forces of aggression, pointing out that the “Saudi enemy” is the one who targets civilians through their Patriot batteries that fall on homes and streets. He then added that the aerial bombardment of Saudi warplanes while trying to target Yemen’s drones, leads to injuries among the Saudi citizens.

Moreover, Saree clarified that the Yemeni drones, as well as the missiles, are launched according to a predetermined path, and the interceptor missiles are the ones that fall on civilians.

“Stay away from military headquarters or headquarters used for military purposes,” Saree emphasized, adding “Saudi civilians or residents must stay away from the palaces of the oppressors and criminals, as they have become among our targets.”

Moreover, the Yemeni armed forces noted assured that their military capabilities are much stronger than they were and the surprises of the Yemeni army will not stop.