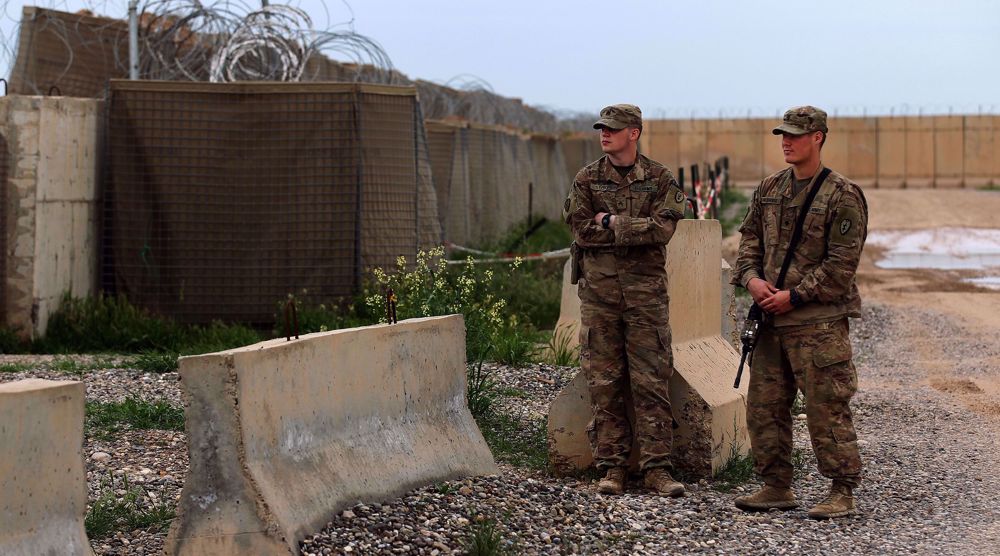 Kataib Hezbollah vows to drive US troops out of Iraq

A security official for Iraq’s Kataib Hezbollah has reiterated the resistance group’s readiness to end the US military presence in Iraq.

Abu Ali al-Askari stressed that the Americans must know that Iraq’s decision on the withdrawal of US troops is “irreversible” and that no one can circumvent the will of the Iraqi people.

“The resistance must continue with popular, political, security, and media pressure, with full readiness for wide military action until those killers yield to the people’s will,” Askari said in a Twitter post on Sunday.

“They only understand the language of force … and we are ready for that,” he said, adding “We will come out victorious.”

His remarks came a day after a US military convoy carrying logistic supplies was attacked in Iraq, south of Baghdad.
The newly formed Iraqi group, Saraya Thawrat al-Eshreen al-Thaniya, claimed responsibility for the attack.

Anti-US sentiment has been running high in Iraq since Washington assassinated top Iranian commander Qassem Soleimani and the second-in-command of the Iraqi popular mobilization units, Abu Mahdi al-Muhandis, in January.

Following the attack, Iraqi lawmakers unanimously passed a bill on January 5, demanding the withdrawal of all foreign troops.

Baghdad and Washington are currently in talks over the withdrawal of American troops.

Meanwhile, Iraqi resistance groups have vowed to take up arms against US forces if Washington fails to comply with the parliamentary order.

July/12: An Update of the Saudi Crimes, Violations in Yemen