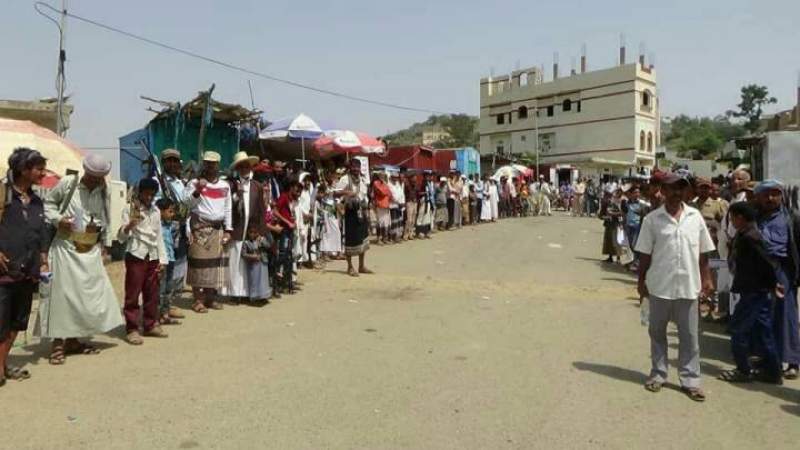 Yesterday on Monday, Western areas in Al-Khabt district, Mahweet governorate, witnessed armed anger protests denouncing the crime committed by the mercenaries of the Saudi-American aggression against the Suba’Iyan family in Marib, as well as commemorating the centenary of the Tanomah massacre against Yemeni pilgrims.

During the protest, the participants affirmed their condemnation of the hideous crime on the Suba’Iyan family, which adds up to its previous massacres against civilians. The participants assured that this crime will not pass without a response.

Moreover, the participants indicated that the Al-Saud crime against Yemeni pilgrims will never be forgotten.

They reaffirmed the continuation of the public mobilization as well as financial support to frontlines to confront the forces of the Saudi-led aggression.

July/13: An Update of the Saudi Crimes, Violations in Yemen