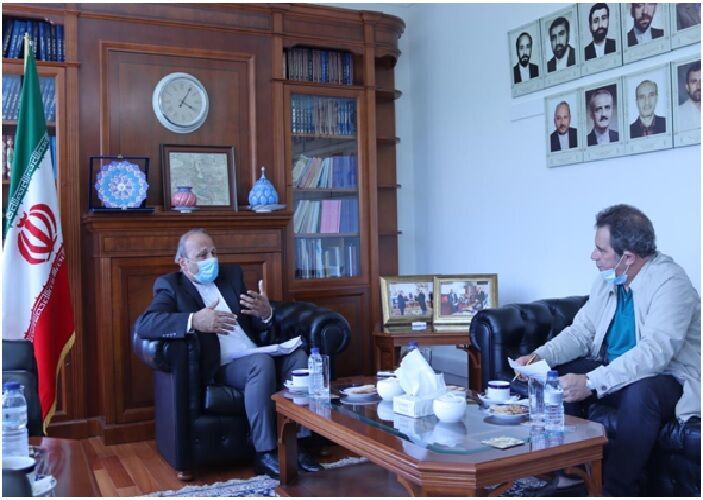 Iran will never kneel before US: Envoy

In an interview with Lusa News Agency, he added that the agreement is enforceable even in the absence of the US, as the other parties have not withdrawn from it.

However, if the US returns to the deal, Iran will also be ready to work together to implement it, he said.

Noting that JCPOA is symbol of victory of negotiations, the envoy assured that Iran has never closed doors of diplomacy and Rouhani’s administration believes in constructive interaction with the world.

The issue is the main pillar of Iran’s foreign policy and Iran believes that positive interaction with the international community is needed and JCPOA proved the claim, Damanpak Jami said.

Recalling that three European states have not left the deal officially, he said that they should not surrender to US orders and maintain their independence.

Under current circumstances, there is no room for talks with the Trump administration which has closed doors of diplomacy to Iran and pushes its policy of maximum pressure, he said.

The ambassador further noted that Iran expects the IAEA to remain impartial and avoid politicking.

In December 2015, the then director general of the IAEA released a report declaring that there remains no unresolved issue on possible military dimensions of Iran’s nuclear program and the case has been closed, he said.

IAEA members should not heed false accusations; rather they should act based on technical documents, he said.

The Iranian ambassador said that sanctions are double burden on Iran’s economy and coronavirus pandemic has added to the critical situation, as the Iranian people are in difficult conditions.