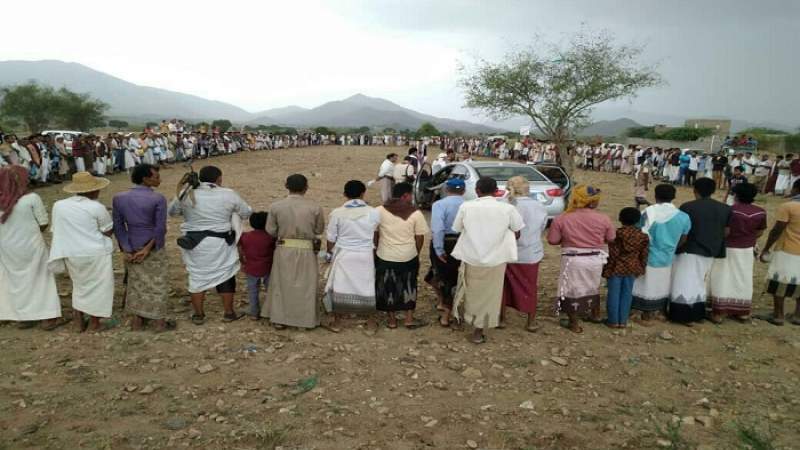 The tribes of the Kaidanah district in the Hajjah governorate announced today, Tuesday, in Bani al-Muqshab area, the public mobilization in response to the crimes of the Saudi-American aggression against the Yemeni people, the majority of whom were women and children. The latest of which was in the Shehah district within Hajjah, a wedding in the Al-Jawf province, and the crime of the Islah mercenaries, affiliated with the Saudi aggression, who attacked and killed seven people, including children, from the Suba’yan family in Ma’rib.

In a tribal meeting today, Tuesday, and in the presence of the leadership of the local council represented by Sheikh Ahmed Mohamed with many other social and political figures, the tribe denounced the crimes committed by the Saudi-led aggression that is being faced with the silence of the United Nations. It was then stressed by the tribe that it will accept public mobilization to retaliate from the crimes of Saudi aggression and its mercenaries.

A statement was issued at the meeting that condemned the continuation of the aggression (Saudi-led-coalition) in depriving the entry of oil tankers into the country, in light of complicity of the United Nations and human rights organizations, with the aim of tightening the siege on the Yemeni people that have been suffering from a five-year-old war.

July,21″: An Update of the Saudi Crimes, Violations in Yemen