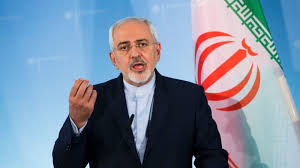 Upon his rival to Moscow, Zarif referred to his second trip to the country and noted, “Following the talks between Rouhani and Putin, negotiations were scheduled to take place in Moscow.”

“The relations between the Islamic Republic of Iran and the Russian Federation are strategic, and in the current situation where major developments are taking place at the international level, it is essential that we hold regular talks with Russian and Chinese governments,” he added.

Zarif further noted that both sides will confer on bilateral ties and the issue regarding the region and the JCPOA.

He went on to say that the Islamic Republic is planning to extend the 20-year agreement with Russia and have another long term accord with the country if the Russian government voices readiness.