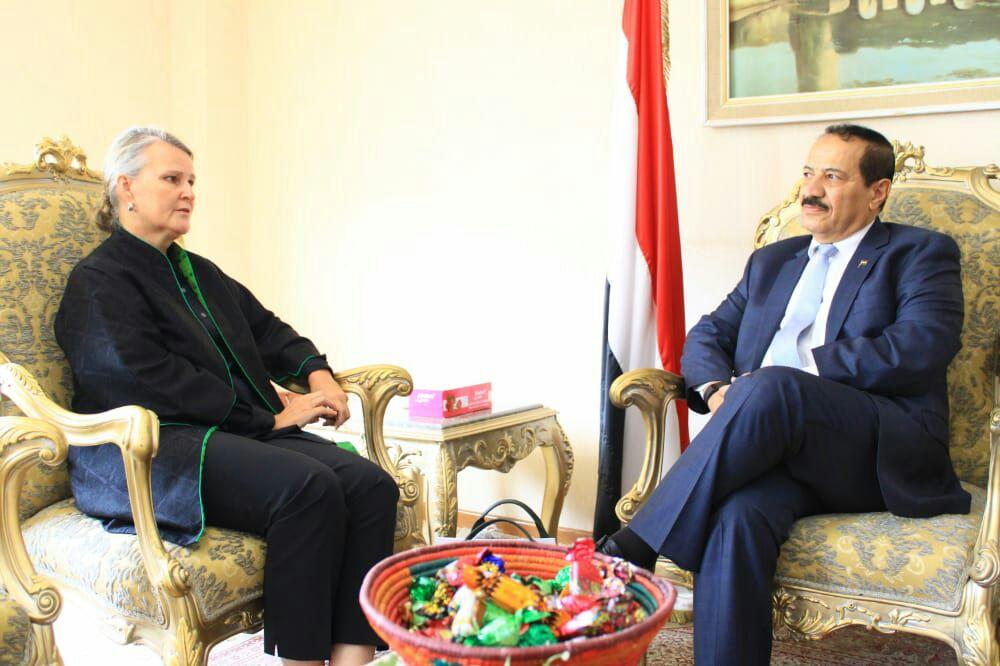 Meeting reviewed the activities conducted by UN organizations, Programs and agencies working in Yemen and the aid supplied for displaced and affected people in many areas due to the Aggression.

At the meeting, Foreign Minister noted that the continuation of Aggression’s states escalating in the Cruel attacks against Civilians particularly the women and children which is considered as a great violation of International law and international humanitarian law under the meaningless appeals
for peace and under the silence of the international community about the developmental situations in Yemen.

He confirmed that the National Salvation Government warns of the delaying of Safer’s vessel maintenance and offering its readiness to facilitate the arrival of the team to do their duties as agreed with Sana’a authorities.

Foreign Minister confirmed to the cooperation the everyone’s
efforts to get benefits of UN aid and food supplies, noting on the keenness of the National Salvation Government to facilitate the UN Offices, Agencies and international nongovernmental organizations working in Yemen to alleviate Yemeni’s people’s suffering due to the aggression.