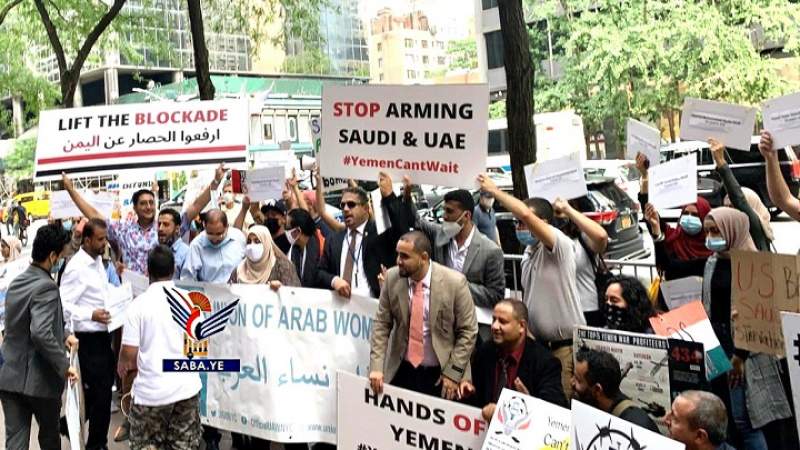 A protest was held today in front of the Saudi Consulate headquarters in New York to condemn the continuation of the Saudi-American aggression against Yemen, coinciding with the anniversary of the aggression’s massacre against the children of Dhahyan in Saada.

The participants in the demonstration organized by a number of activists, unions and human rights organizations raised banners condemning the continued aggression and siege on the Yemeni people.

The participants emphasized that the crimes committed by the Saudi aggression (coalition) against the children of Yemen are a stigma against the international community, denouncing the removal of the Saudi-led coalition from the list of child killers in Yemen.

On August 9, 2018, the warplanes of the US-Saudi aggression targeted a students’ bus in Dhahyan, which resulted in killing and wounding 112, most of them children.

Aug. 14: An Update of the Saudi Crimes, Violations in Yemen

Aug.15: An Update of the Saudi Crimes, Violations in Yemen