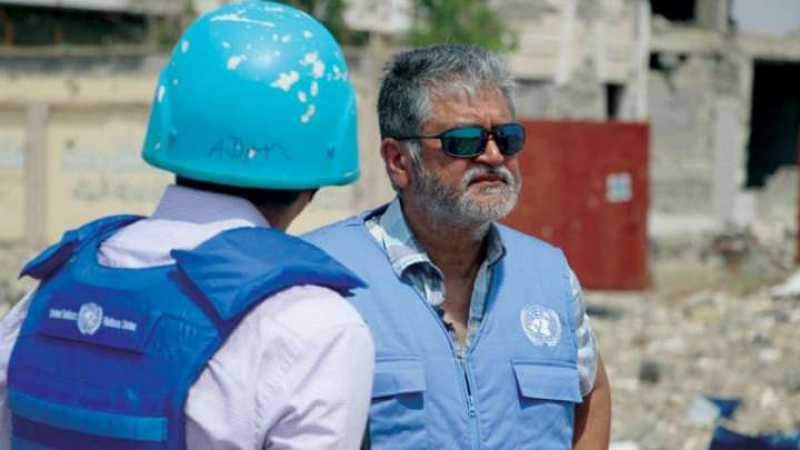 The head of the United Nations mission in Hodeidah, “Abhijit Guha,” expressed his grave concern about the airstrikes launched by the Saudi-led aggression on fuel tanks stored in an oil factory within the Al-Arj area last Sunday.

In a statement issued by the United Nations Mission in Support of the Hodeidah Agreement (UNMHA), last Tuesday, stated: “The Chairman of the Redeployment Coordination Committee (RCC) is particularly concerned about the airstrike that hit and set fire to the fuel depot at an oil factory in the Al-Arj area, between the city of Hodeidah and the al-Saleef port, on the 16th of August.”

The statement of the head of the United Nations mission in Hodeidah was satisfied with saying: “Lieutenant General Guha urges the parties to take into account the safety of the Yemeni people and not to target civilian facilities,” as he put it.

While the head of the United Nations mission in Hodeidah talks about the aggression’s airstrikes last Sunday, the aggression’s air forces launched fresh six raids yesterday, on the Al-Hashadi farm, Al-Arj area in the Bajil district, in a flagrant and repeated violation of the Sweden agreement.

Aug. 18: An Update of the Saudi Crimes, Violations in Yemen