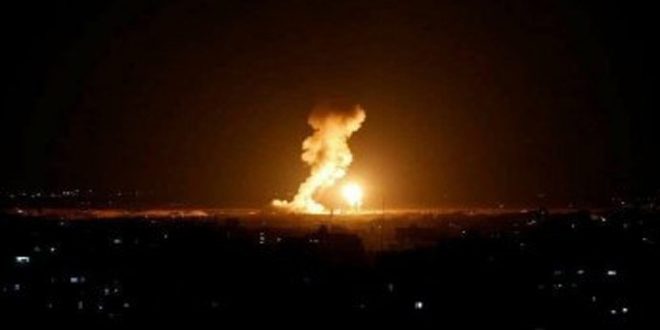 Palestinian Resistance on Tuesday vowed to confront all forms of Israeli pressures against Palestinian people. The remarks made by Hamas came after Israeli warplanes went on with its aggression on Gaza strip and ahead of a visit by Qatari envoy Mohammed Al-Emadi to the besieged enclave.

Israeli aircraft and tanks attacked several targets in the southern Gaza Strip, with occupation military said it hit Hamas military targets and infrastructure in response to arson balloons launched from the coastal enclave into the occupied territories.

“All pressures on Gaza strip won’t stop the legitimate struggle of our people in a bid to break the oppressive siege and to regain their rights,” Qassem was quoted as saying by Palestinian media.

The occupation military has been bombing Gaza almost daily since August 6, while balloons carrying fire bombs and, less frequently, rocket fire have hit the occupied territories from Gaza.

The occupation authorities have tightened its 13-year blockade of Gaza’s two million inhabitants and banned Gaza fishermen from going to sea and closed its goods crossing with the territory, prompting the closure of Gaza’s sole power plant for want of fuel.

He will look at humanitarian projects in Gaza and “work on de-escalation efforts between Israel and Gaza,” according to the reports.

Aug 24: An Update of the Saudi Crimes, Violations in Yemen