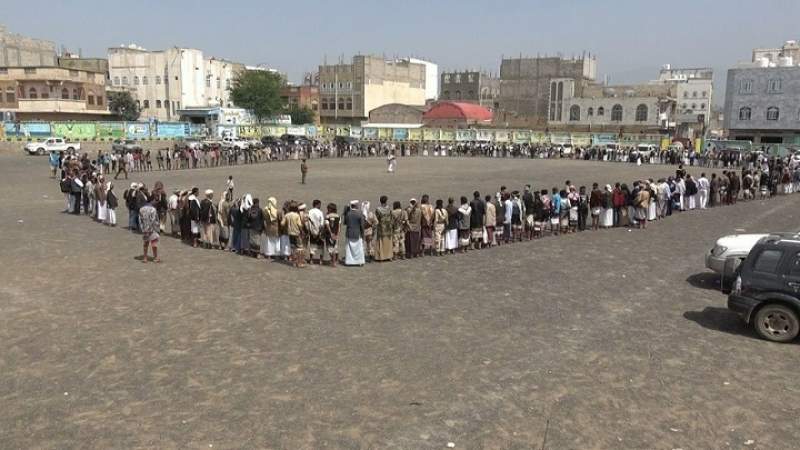 Yesterday on Tuesday, the civilians within the district of Thi-Sefal in Ibb governorate, held an expanded rally to commemorate Ashura and denounce the Zionist-Emirati normalization.

During the meeting, which was attended by the Director-General of the Directorate, Ahmed Abdel-Mughni, the participants condemned the Emirati declaration of normalization with Israel, considering it a major moral and religious downfall.

The statement issued at the rally confirmed that the nation needs to return to the revolution of Imam Hussein bin Ali, peace be upon him, against the tyrants and the regimes that are run by Jews and the Christians, pointing out that reason why the nation is now being subjected to humiliation, dishonesty and domination was the result of what happened in the past, including to what happened to Imam Hussein in Karbala.

The statement stressed that the Arab and Islamic peoples cannot accept normalization with the Zionists, calling for a widespread popular movement that includes every country against normalization.

The statement stated: It is not strange for the Saudi and Emirati regimes to declare normalization with Israel. The normalization and serving the Jews was already been done, but now it has emerged into a public declaration instead.

The statement stressed the importance of commemorating Ashura and benefitting from its lessons, to remind the nation with its responsibilities.

Aug. 25: An Update of the Saudi Crimes, Violations in Yemen