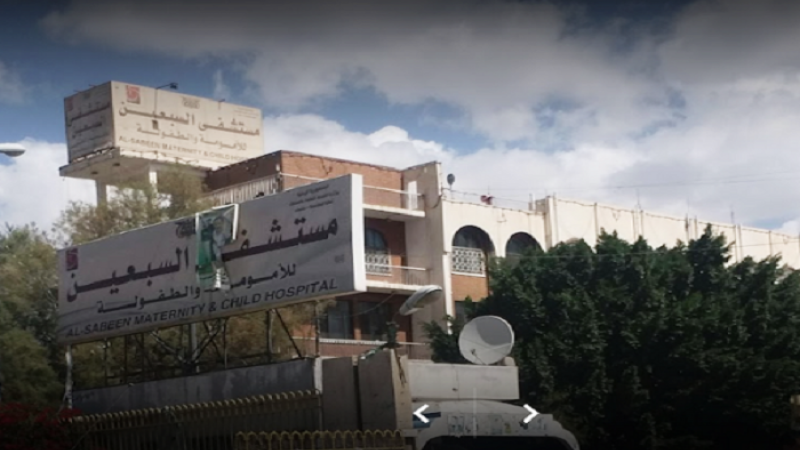 Al Sabeen Maternity and Child Hospital in the Yemeni Capital, issued today, Tuesday, an urgent distress call, warning of a total suspension of its services due to the abandonment of the UN organizations’ fundings, that support its programs, and the deterioration of the health sector due to the Saudi-led aggression.

Dr. Magda Al-Khatib, Director General of the Hospital, said, in a statement to the Al-Masirah, that the World Health Organization (WHO) withdrew its support for the diphtheria center in the hospital, which is one of the most dangerous diseases that spread during the aggression on Yemen and siege. It stopped supporting the center last April and did not bother to inform the hospital, and this caused great confusion.

The United Nations Population Fund, which supports the obstetrics and gynecology department, announced the withdrawal of its support within two days without prior notice, the doctor affirmed.

In addition, she pointed out that the UNICEF organization, which has supported the children’s department, since March, has not completely fulfilled any of its obligations towards them.

She stated that the hospital suffers from a significant accumulation of debt with the contracting companies due to the organizations’ unfulfillment of their obligations without specifying their reasons.

Al-Khatib explained that the crisis and closure of the Al-Sabeen Hospital began as the Saudi-led coalition waged its aggression and siege on Yemen. Then, it was exacerbated due to the transfer of the Central Bank from Sana’a, which resulted in salary interruption.

It is noteworthy that the Al Sabeen Maternity and Child Hospital is the largest Yemeni hospital that provides services to women and children, whose stoppage will cause tens of thousands of patients, women and children, to be deprived of health services, which foreshadows a catastrophe with repercussions for the United Nations and the Saudi-led aggression on Yemen.