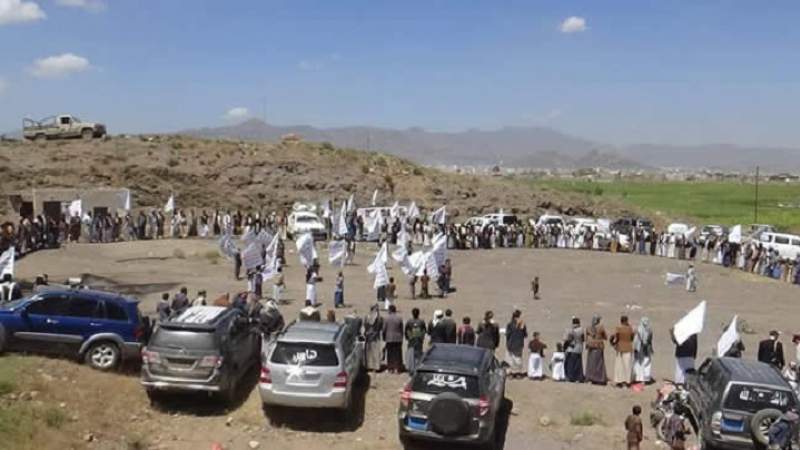 The people in the Yemeni capital, Sana’a, condemned the Saudi-led aggression continued detention of oil derivative ships and preventing their entry to the port of Hodeidah.

The participants in the events that were held after Friday prayers today, denounced what the countries of aggression are doing in terms of normalizing relations with the Zionists.

In addition, they held the international community and the United Nations responsible for the humanitarian catastrophe that threatens the lives of millions of citizens, which is resulted from the detention of oil derivative ships.

The unionized statements in all the protests confirmed that the people of Yemen will continue their steadfastness against the Saudi aggression, and will confront it with all possible means.

The statement considered the normalization of the aggression states with Israel, a betrayal of the Palestinian cause and the Islamic nation.

In another organized protest within Hajjah, the people of Al-Shahely district condemned the continued blockade against tankers loaded with oil derivatives by the Saudi aggression, and for not allowing them to enter Hodeidah port.

The participants held the international community and the United Nations responsible for the exacerbation of the humanitarian situation in Yemen due to the continuation of the aggression and its total blockade imposed on Yemen for nearly six years.

They indicated that the continuation of the aggression and the siege will not weaken the people of Yemen, but will increase their steadfastness against Saudi aggression.

Bahrain Normalization With Israel Is a Betrayal of the Whole Islamic Nation: Spokesperson