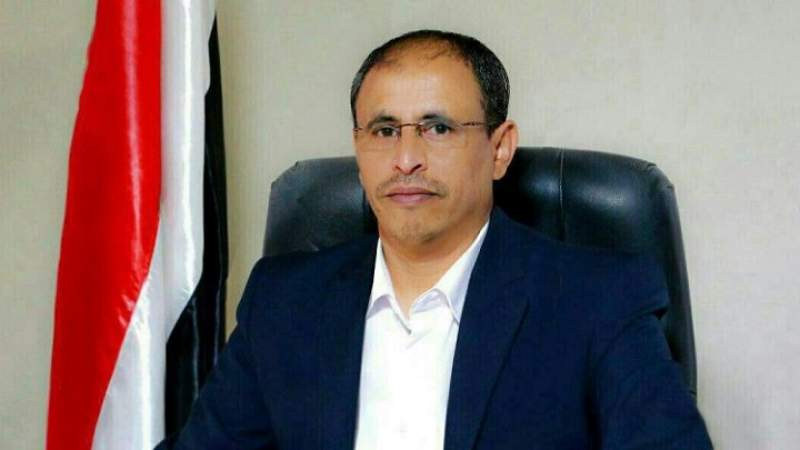 Bahrain Normalization With Israel Is a Betrayal of the Whole Islamic Nation: Spokesperson

The spokesman for the National Salvation Government, Minister of Information, Dhaifallah Al-Shami, strongly condemned the declaration of normalization between Bahrain and the Zionist entity.

The government spokesman considered the Bahraini regime’s rush to normalize relations with Israel, as the UAE did recently, a major betrayal of the Palestinian cause and an effort to liquidate the Palestinian issue within the framework of achieving the “American Deal of the Century”.

“It is not surprising that this normalization was announced by US President Trump, which confirms the dependence of these regimes on the American administration,” he said.

The government spokesman indicated that the Palestinian issue will remain the central issue of the Yemeni people and the Arab and Islamic nation, stressing that those regimes rushing to normalize with the Zionist entity do not represent the peoples and will pay the price for their betrayal of the sanctities and the Islamic nation.

He reiterated that the Yemeni government and people will and always stand and support the Palestinian people in their legitimate struggle until the establishment of their independent state, with Al-Quds as its capital.

The spokesman call on the Arab and Islamic peoples to condemn the normalization with the zionist entity.

September 12: An Update of the Saudi Crimes, Violations in Yemen