Arabs Coalition’s Warplanes Wage More then 185 Violations In Hodeidah and AirStrikes On Sana’a , Saada and Hajjah 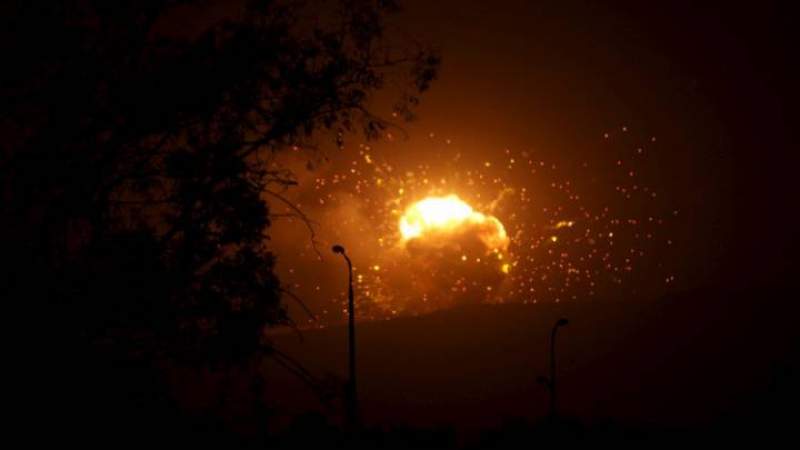 In Saada, the source declared that coalition’s aircrafts waged three raids on border Baqim district, while the warplanes attacked Haradh Customs in Hajjah province one time.
on other hand,
The forces of theArabs coalitions continued to launch dozens of airstrikes on the capital, Sanaa, and the governorates of Ma’rib, Saada, and Hajjah.

A security source indicated that the Coalition’s warplanes launched 37 airstrikes during the past hours on several separate areas of the Yemeni governorates.

The Liaison and Coordination Officers’ Operations Room to monitor violations of Sweden agreement in Hodeidah province recorded 185 violations committed by Arabs coalition forces during the past 24 hours.

The recorded violations included the creation of new combat fortifications in al-Jabaliya area in al-Tuhita district, and the flight of five warplanes in the airspace of al-Tuhita, al-Faza, Hays, al-Jabaliya, and al-Jah areas, a source in the operations room said.

The violations also included the hovering of 13 spy planes over the city of Hodeidah, Hays district, and the areas of al-Jah, al-Faza, and al-Jabaliya, as well as 57 breaches by firing 438 artillery shells and rockets and 66 breaches by shooting various live bullets.

September 12: An Update of the Saudi Crimes, Violations in Yemen