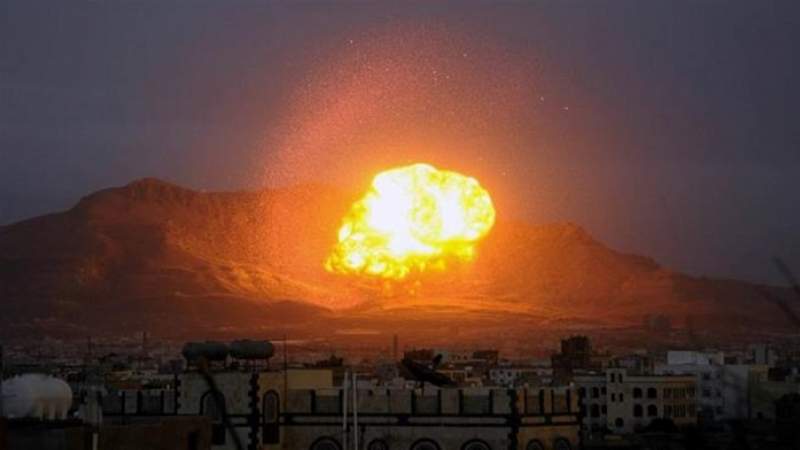 Yesterday, on Saturday evening, the Saudi-American aggression (coalition) on Yemen launched a series of raids on the capital, Sana’a, and the governorate.

The Saudi aggression warplanes carried out a number of 5 raids targeted the vicinity of Sana’a International Airport, while 3 raids were conducted on the maintenance department in the Al-Nahda neighborhood, Al-Thawra district. In addition, it launched 3 raids in the Al-Arouq neighborhood within the district of Bani Al-Harith.

In the governorate, Sana’a, the aggression warplanes targeted with 4 raids the Al-Sama area in the Arhab district and 3 raids on the Haziz area in the Sanhan district.

Two raids targeted a poultry farm in Al-Sama area, Arhab district, which resulted in wounding two workers who were at the farm.

Moreover, last Friday evening, the aggression forces launched 6 raids on the Military Engineering Department in the Sa’wan region, Sho’ub district, and a raid on a citizen’s farm in the village of Saraf, Bani Hushaish district.

Arabs Coalition’s Warplanes Wage More then 185 Violations In Hodeidah and AirStrikes On Sana’a , Saada and Hajjah