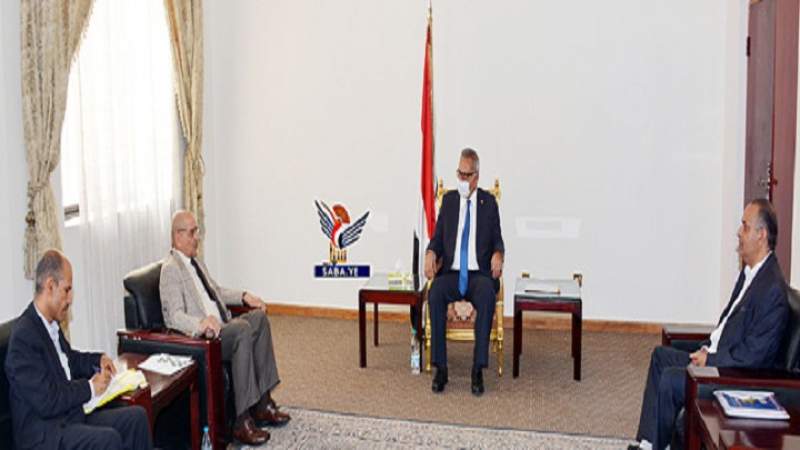 Prime Minister Dr. Abdul Aziz Saleh bin Habtoor requested from the international organizations to emphasize on credibility and adhere to standards of neutrality when it releases reports on the tragic conditions Yemen is currently going through.

This came during the Prime Minister’s meeting today with Minister of Planning Abdulaziz Al-Kumim, who briefed him on the Ministry’s activities during the last months of this year and those scheduled to be implemented until next December.

Minister Al-Kumim pointed out the procedures that the Central Bureau of Statistics implements in this regard, its working mechanism, the supervisory technical committees and the work teams that have been formed in several governorates, pointing to the reports of some international organizations issued recently that lack credibility and accurate information and considered to be biased with the Saudi aggression and its mercenaries.

The meeting touched on the role of the Ministry of Planning with regard to the “national vision plan” and the coordination with the Executive Office working on the vision.

The Prime Minister praised all the valuable efforts undertaken by the Ministry of Planning in this exceptional period that the country is going through as a result of the Saudi aggression and the blockade.

He pointed out the importance of the report prepared by the Central Bureau of Statistics on the havoc the Saudi aggression has left behind, especially in Yemen’s infrastructure and various installations.

Dr. Bin Habtoor directed the Ministry of Planning to submit a comprehensive report on the extent of damages resulted from the Saudi-led aggression and its siege over the past 2000 days to the Prime Minister.