The Leader of Yemen’s Ansarullah : Abdulmalik Al-Houthi emphasizes on independence is the greatest goals of the September 21 Revolution. 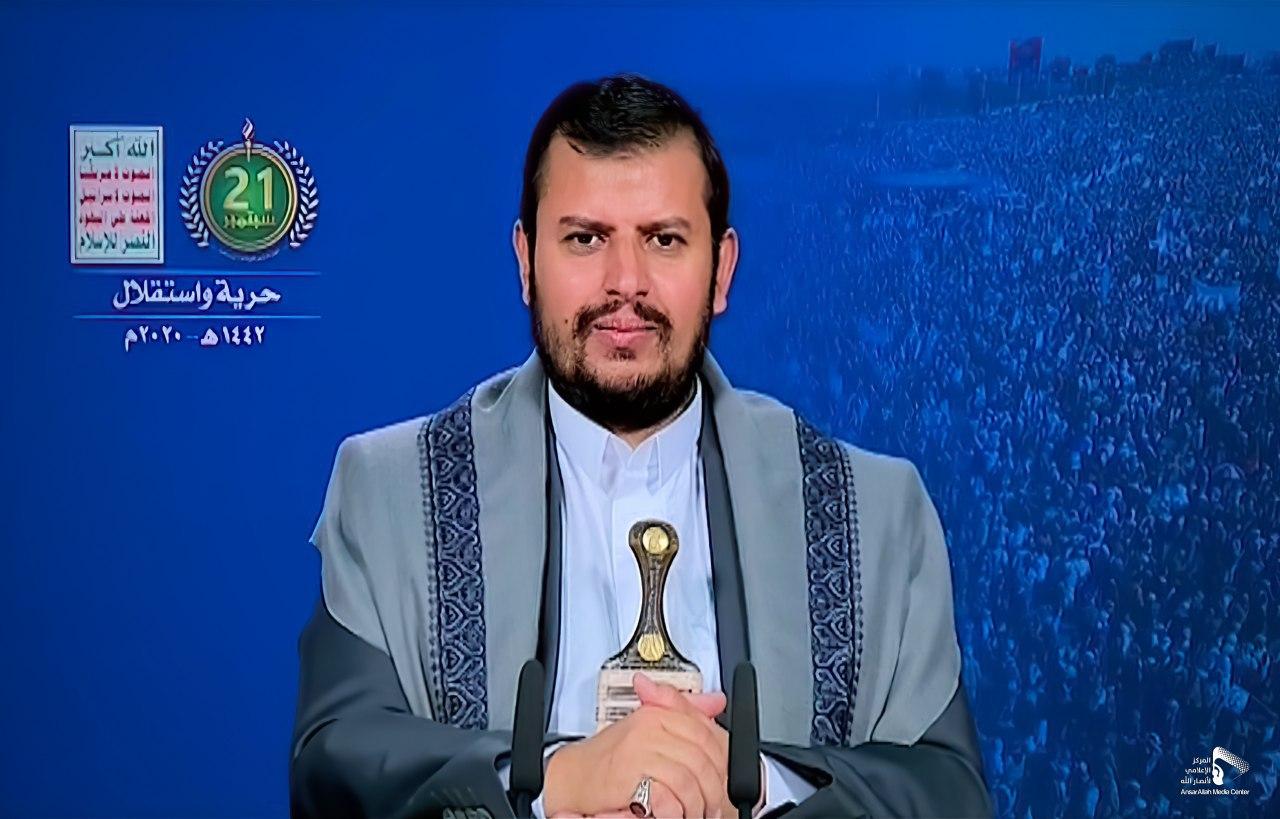 The Leader of Yemen’s Ansarullah: Abdulmalik Al-Houthi said on Monday that freedom and independence are the greatest goals of the September 21 Revolution.

In televised speech , Al-Houthi emphasizes on that the Yemeni people can never accept their freedom’s and independence’s confiscation.

He explained that it is a starting station through which the people set out from the dark past to build the future on the basis of their principles and values.

He indicated that the Yemeni people can never accept their freedom’s and independence’s confiscation.

They realize that the Yemeni people are qualified to have a positive and significant role in the reality of the nation if they are in a liberal situation, he added.

on other hand , He pointed out that the American interventions were dangerous, and their ambassador was interfering at the official level in all ministries and military, security and political institutions, and opened a program in all state institutions.

In addition, Al-Houthi affirmed that the Americans had worked with their clients to reinforce all that paves the way for direct American control and removes the individuals of power from the Yemeni people.

He said in a speech regarding Saudi Arabia and the UAE, “Now things have become more and more clear. Some did not understand that the US-Saudi Aggression was plotted against Yemen to occupy it, and to enable the American and the Israelis to come under the aggression’s cover to control Yemen.”

He added, “We have said since the beginning of the aggression that Saudi Arabia, the UAE, and those with them are just tools to implement the plans of USA and Israel which target the Yemeni People by Siege, killing .”

Al-Houthi talked to the Palestinian people, ” Do not be surprised today when you see the announcement of what was hidden, the US-Zionists mercenaries and traitors will inevitably lose”.

Sep. 21: An Update of the Saudi Crimes, Violations in Yemen