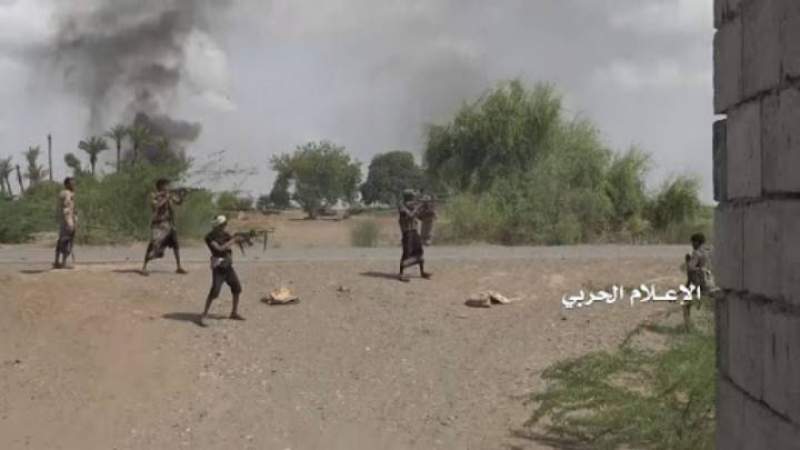 In a Clear Breach of the Sweden Agreement; Saudi Forces Launch a Massive Attack in Hodeidah

Today, Wednesday, the forces of the Saudi-UAE aggression launched a wide military operation on the army and popular committee positions in the Haiss district, Hodeidah governorate, in a flagrant violation of the Sweden agreement.

A military source confirmed that the Saudi-UAE aggression forces carried out a massive two-track crawl on the army and committee sites in Al-Shaab village, Haiss district.

The source pointed out that the advance was accompanied by intense bombings by heavy and medium weapons backed by armored vehicles and military vehicles.

It is noteworthy that the heroes of the army and the committees thwarted yesterday an attempt by the Saudi forces to advance in Haiss, in addition to thwarting one before in the village of Al-Shaab within the aforementioned district.